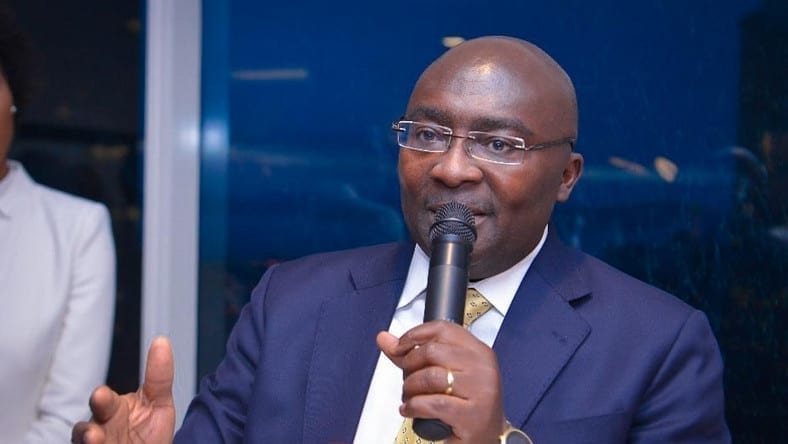 Vice-President Dr Mahamudu Bawumia, is set to address Ghanaians on the state of the economy on April, 03, 2019,  at a town hall meeting.

The event will take place at the College of Physicians and Surgeons in Accra on the theme: “Our progress, our status, our future”.

Dr. Bawumia who heads the Akufo-Addo government’s Economic Management Team, will ostensibly take the opportunity to address the free fall of the cedi. 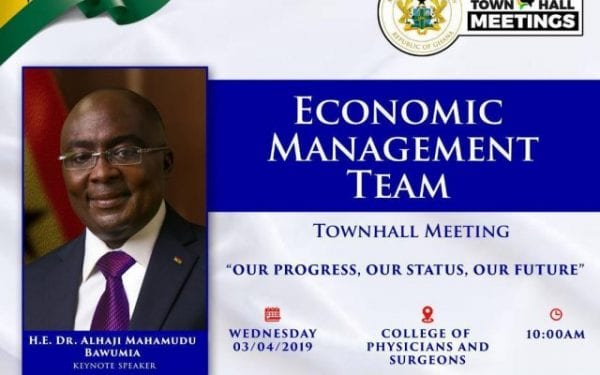 The Cedi until Thursday, March 14 had fallen deeply against international currencies especially the dollar, by some 5 per cent trading at around GH¢5.90.

It has, however, begun to record some marginal appreciation against the dollar closing at around GH¢5.56 against the dollar on March 15, 2019—a development which is largely due to the injection of dollar cash by the Bank of Ghana last week.

The minority in Parliament largely on the back of the cedi troubles in the forex market  is demanding a new budget from the Akufo-Addo government.

The minority Spokesperson on Finance Cassiel Ato Forson blamed the performance of the cedi on bad management.

“The depreciation of the cedi has put the economy in disarray and the projections surrounding it as contained in the 2019 budget. This has therefore undermined the confidence in the economy and sends a wrong signal to the investor community,” he said at a roundtable discussion on the economy.