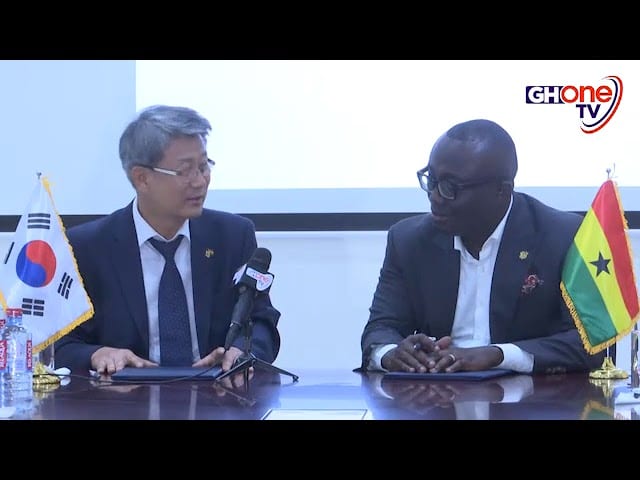 Management of Ghana’s leading Television station, GHOne TV has signed a content deal with Korea and the Republic of Korea Creative Content Agency in Accra on Wednesday, March 2019 aimed at enhancing content development and distribution between the two parties.

The agreement begins with a broadcast of drama series from Korea on GHOne TV, which can also be accessed across the continent on DStv channel 361.

Speaking at the official signing ceremony, the Chief Executive Officer of the EIB Network Kwabena Anokye Adisi — Bola Ray said promoting the culture of Korea in Ghana and taking Ghanaian culture to Korea as well, will boost local tourism and promote Ghanaian arts as well.

Korean dramas are popular worldwide, partially due to the spread of Korean popular culture.

They have received adaptations throughout the world, and have had an impact on other countries. The ambassador of the Republic of Korea, Kim Sungsoo and the Korea Creative Content Agency, KOCCA, intends not just to show Telenovelas but to build a great relationship between Ghana and Korea in terms of creative arts and culture.

The popular telenovelas in Korea, Kimchi Family and Beating Again will soon hit your screens. Relax as GHOne Tv has got you covered with motivational dramas with great love lessons.