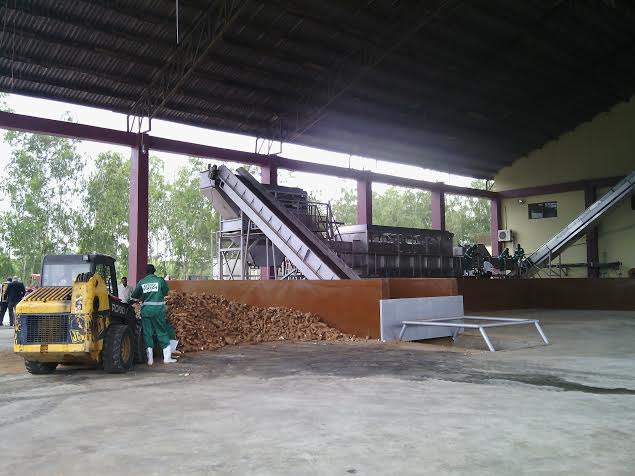 The hope of Ghanaians to see the revival of Ayensu Starch Company by Tiberias Company Limited, a company affiliated to the Jospong Group, has once again been dashed.

This follows the company’s inability to fully pay for the purchase of 70% out of the Government of Ghana’s 100% shares in the starch processing factory.

A purchase amount of US$4,450,000.00 which was agreed upon between the two parties have not been fully met by Tiberias.

It has since made no further payment thereafter, kasapafmonline.com understands.

Briefing Parliament on the status of the Ayensu Starch Company on the floor of Parliament, Friday, the Minister of Trade and Industry, Alan Kyerematen stated that all attempts to get Tiberias honour its obligations under the agreement has proved futile.

“Mr. Speaker, the company has failed or refused to fulfil its obligations under the Agreement and has defaulted on all other revised payment schedules”, he noted.

He said is even more worrying is the fact that Tiberias has abandoned the factory and left the workers idle without any compensation.

Due to this, the government through the Transaction Advisors, he added, has informed the company of its decision to take over the Ayensu Starch Company.

This action, Mr. Kyerematen averred, was contained in a letter dated December 20, 2018.

However, the company has since indicated its refusal to hand over possession to the government, Mr. Kyerematen further told Parliament, quoting a letter dated January 2019 his outfit received from Tiberias.

The plant and machinery of the starch processing plant are now at risk following Tiberias action of abandoning the company.

“Mr. Speaker, we are seeking legal advice on the next line of action to take to restore the company to Government ownership”, Mr. Kyerematen averred.

In anticipation of a smooth takeover by Government, he said the Ministry of Trade and Industry is negotiating a financial package under the One District One Factory (1D1F) Program to resuscitate the company to ensure that it achieves its intended purpose of job creation, reducing rural-urban migration and producing an important raw material for the food and beverage sectors and related industries.
Mr. Kyerematen was responding to a question posed by the Member of Parliament (MP) for Awutu-Senya West, George Nenyi Kojo Andah over what steps the Ministry of Trade and Industry are taking to revamp the operations of the Ayensu Starch Company.

The Ayensu Starch Company Limited was established in 2002 and commissioned in 2004 with the capacity to process over 22,000 metric tons of cassava per annum.

It has since been shut down several times for many reasons including lack of raw materials, fuel and broken down equipment.