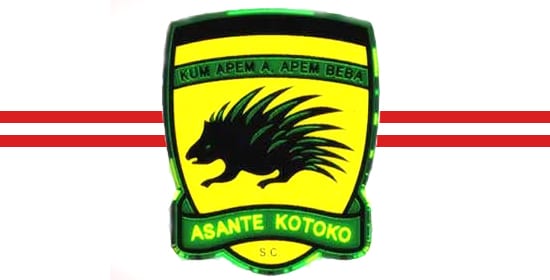 Porcupine warriors, Kumasi Asante Kotoko have edged out of this year’s CAF Confederation Cup following a disappointing 2:1 defeat to Zambian side Zesco United on Sunday night.

The Porcupine warriors needed a win to progress to the knockout face of the CAF Confederation Cup, got off to an impressive start in the early minutes of the first half with two clear cut chances falling to striker Zabo who could only head back to the open arms of the keeper and hit pass the crossbar on the two occasions.

Kotoko’s impressive start and pressure paid dividend three minutes into the second half of the encounter with a close-range finish from Stephen Nyarko to open the scoring.

Zesco United responded within the space of five minutes with a quick fire double to snatch all three points to ensure Kotoko finish third in the group behind Al-Hilal of Sudan and Nkana of Zambia.

Much to the disappointment of Kotoko fans who were expectant of a knockout face place of the CAF  Confederations Cup.

Coach of the side C.K Akonor has attributed his side’s exit to the lack of domestic football and hopes his players will learn from their exploits and improve in their next outing.