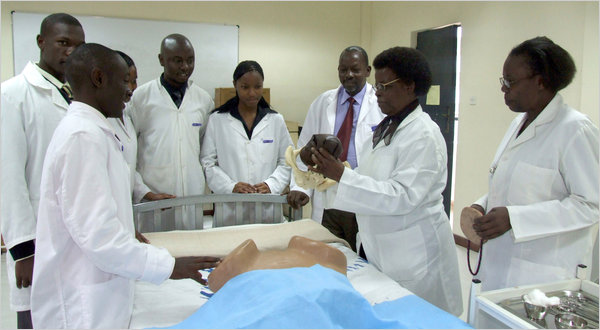 The Board of the Medical and Dental Council is set to meet tomorrow, Thursday, 28, March 2019 following the mass failure by foreign-trained Ghanaian doctors in the recent MDC examination.

The Board has tabled for discussion among other things, the final policy on the continuing training of Ghanaians abroad.

Speaking on Anopa Kasapa on Kasapa 102.5 FM, the Registrar at the Medical and Dental Council, Eli Atukpui said his outfit has done a lot of work in the past in relation to policies that will guide training abroad in the health system. This according to him, is to ensure half-baked doctors are not churned out into the system to man the country’s health care facilities.

“In February 2017, when we really had the worst results of 22%, the Board met with the parliamentary select committee and we decided to pay a visit to Ukraine and China, where we were having a bulk of our graduates coming and we went there to really visit some of the schools where our people are being trained. So we have gathered enough information; we’ve looked at the background of the people who go to some of these institutions to go and  train and we have really come out with a policy.” he told host Kwaku Owusu Adjei.

A total of 157 out of 225 foreign trained Ghanaian doctors have failed the Medical and Dental Council (MDC)’s examination which grants them the licences to practice in Ghana.

Candidates, who failed, have the opportunity to register afresh and re-sit the examination involving multiple choice and problem-solving sessions as well as orals.

Some candidates say they suspected foul play, alleging that the Council intentionally failed them in order to make more money from the re-sit.

However, MDC Registrar, Dr Eli Atukpui, told Ghanaian Times newspaper the results could not be manipulated as they went through rigorous processes and validated by examination committees, made up of level headed practitioners, who would not risk their reputation.

According to him, failure rate had been so for the past 19 years, as more than 50 per cent of foreign-trained candidates, who sat the examination, failed each year.