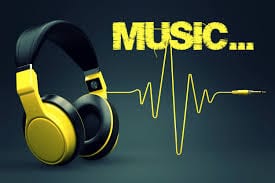 Music has been known to have had great effects on a large number of masses even in the times of barbarism where the existence of uncivilized people abounded the most.

The good news is that it never stops. All over the continents, different people have provided music in all languages, faith, cultures and beliefs to the joy and amusement of listeners. The bad news is that very few people take the time any more to compose and release worthy songs that fit the standard of good music. Then the question of what good music is inevitably arises.

Good music I believe is not just a thing, but compromises of a lot of factors. Factors that when constructed well could create the most melodious, educative and entertaining tunes. Beats, rhythm, melody, harmony, art, are all fractions that make the institution of music whole. But I believe that one of the most important criteria for good music that should never be lost especially to the artist and his or her listeners is the lyrics that the song in particular possesses.

It is undoubtedly fun to be able to dance to a good tune that has certain fast and ‘crazy’ element to it. Yet the fact that a song is fast, has certain ‘crazy’ elements and is danceable does not necessarily mean that it should be devoid of ‘sensible’ and creative words. The essence of words in music, however, has been underrated for some time now and continues to go downside with the haste of most of the up and coming artist looking to capture the hearts and mind of the people by getting them to sway than for them to listen to the message that the song entails. Truth is there really is nothing to listen to except continuous irrational beats. If we are the slightest bit lucky enough to get some words though, they are based on profanity and complete shallowness.

Some might argue that the music ‘gurus’ and ‘icons’, terms given to those well known artist who have already created names and positions for themselves in the industry and are considered the ‘seniors’ will take it upon themselves to take steps in order to correct the errors that have already started to leave cracks in the walls of the good songs that used to surround the Ghanaian music industry.

That, however, is not the case. Some of these ‘big shots’ have instead taken seats away from the impending doom and are watching from afar as though the industry is rather climbing to a place of bloom. It could be perhaps that they do not consider this ‘new style’ problem enough to lift a finger or raise a voice. The other ‘big shots’ are themselves a course of the problem. Fame and the reaches of their successful life’s have cause them to become lazy and comfortable to the extent that they just ‘jump’ into the studio, throw anything here and there and boom, they have made music. Very cynical indeed. If these are the steps left behind for the up and coming ones to follow, I shudder to think where the already lacking music industry in Ghana will reach in the next five to ten or even fifteen years. That is if we do reach there at all.

The time has come where the musically inclined in Ghana should rise past the continual appraisal for specific artist just because they are ‘big shots’ and they have the name and fame. It is almost past the time where Ghanaians need to create customary standards and set them as bars were each and every artist will have to rise to. If no man is above the law, then not a single artist should be above the standard of creating and providing good music to their own people and for the rest of the world to also acknowledge and appreciate.

For starters, the lyrical bar has to be set and really soon at that. I for one I’m tired of listening to most of the female artists sing about men chasing after them because they have this and that kind of body parts which makes them irresistible. It is also totally lame for almost the entire male artiste to put it on themselves to only sing about having a certain amount of money, boasting about their man power and basically jumping around until the song is done.

I am really hoping that a time will soon come, where the popularity of a song will be just one section of award, and not the entire basis of why people should be selected or a yard stick for an artist to even win one. The era where this person is popular so his or her music is automatically a hit even when he or she has placed no real effort in the song especially through the lyrics must soon be gone.

Let us desire to be more as a people blessed with the gift of music. I pray we grow past the spirit of mediocrity and be inspired by how well and far other countries especially the neighboring ones are going because they respect and honor how powerful lyrics are in the provision of good music.