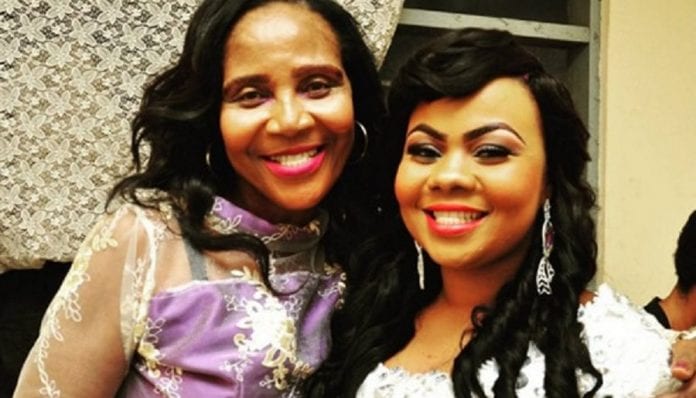 The movie industry in Ghana in recent time has suffered from investment which has led to an influx of foreign materials taking over the television screen amidst cluster of allegations one of such being roles denied because one speaks Fante and not Asante Twi.

Evangelist Agnes Abban, popularly known as Maame Fante has alleged she has been denied roles because she doesn’t speak Asante Twi.

Speaking on Kasapa Entertainment Show with Eddie Ray on Saturday, she lamented bitterly on how the movie industry has become so cheap and without honour for its actors when she was in Kumasi.

This attitude from the stakeholders in Kumasi forced her to move to Takoradi where speaking Fante is accepted in movie roles.

“The movie is being sold like dokono (kenkey). Because of that, I had to leave to Takoradi. In Takoradi, I am accepted and treated like an MP because of movie,” she stated

Evangelist Agnes Abban (MaameFante) is the mother of the gospel musician Empress Gifty Osei, now Adorye who recently got married to the politician, Hopeson Yaovi Adorye.