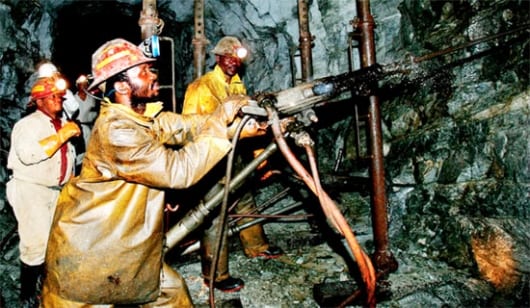 Some 4000 former workers of mining giant Aglogold Ashanti’s Obuasi mine has asked the company to pay compensation due them by the end of this month or face their wrath.

The workers who were laid off between 2013 and 2014 say several attempts to have the company fulfil its obligation to them have proven futile.

The spokesperson for the aggrieved former workers Alex Frimpong tells Starr News that the members will embark on series of demonstrations to pile pressure on the company if the 10-day ultimatum elapses without any concrete action.

Your efforts and sacrifices are appreciated – Akufo-Addo to workers