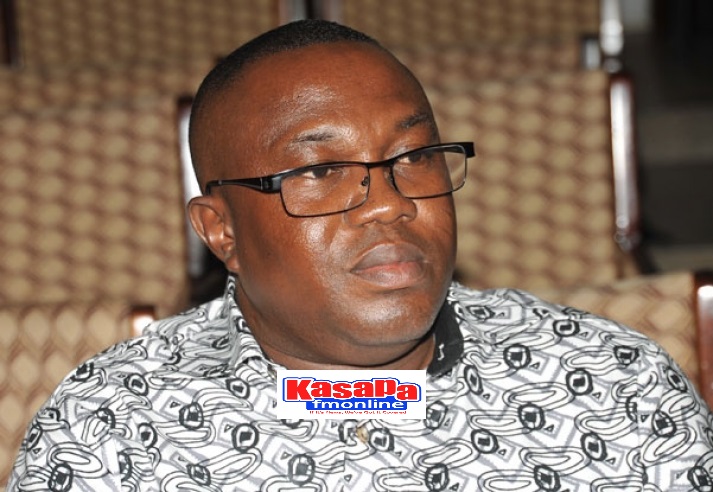 The Criminal Investigations Department (CID) of the Police Service has confiscated the mobile phone of the embattled National Chairman of the National Democratic Congress Samuel Ofosu Ampofo.

Following his bail on Monday evening after being held up at the CID Headquarters for nearly 8 hours, two CID officers accompanied Mr Ofosu Ampofo to his home to retrieve the phone which could be crucial to the police investigations into a leaked tape linking him which contents is said to have security implications for the country.

Lawyer Abraham Amaliba, a member of Mr Ofosu Ampofo legal team, told host Kwaku Owusu Adjei on Anopa Kasapa on Kasapa FM that the NDC Chair is expected to report back to the Police on Thursday morning after being granted GHC400,000 bail with two sureties.

Mr Ofosu Ampofo was charged on Monday by the CID with conspiracy to cause harm, rioting, and assault of a public officer.

The Criminal Investigations Department of the Ghana Police Service on Wednesday, February 27 extended an invitation to Mr over the leaked tape in which he is allegedly heard calling for relentless attacks on the chairperson of the Electoral Commission, Mrs. Jean Mensa.

In the leaked audio, Mr. Ofosu-Ampofo told party communicators that “we’re going to take her [EC boss] to the cleaners.”

As part of strategic communication plans for the NDC going into the 2020 elections, Ofosu-Ampofo also gave his blessings for the communicators to verbally attack the Peace Council chairman Professor Emmanuel Asante.

Meanwhile, the NDC has strongly denied contents of the leaked tape saying that the statements and attributions contained on the said tape are concocted and false and “inconsistent with the character and track record of Chairman Ofosu Ampofo and do not reflect the values he has always stood for.”

“They requested for his phone and I think he’ll make that available to them this evening because some officers accompanied him to his house for the phone.