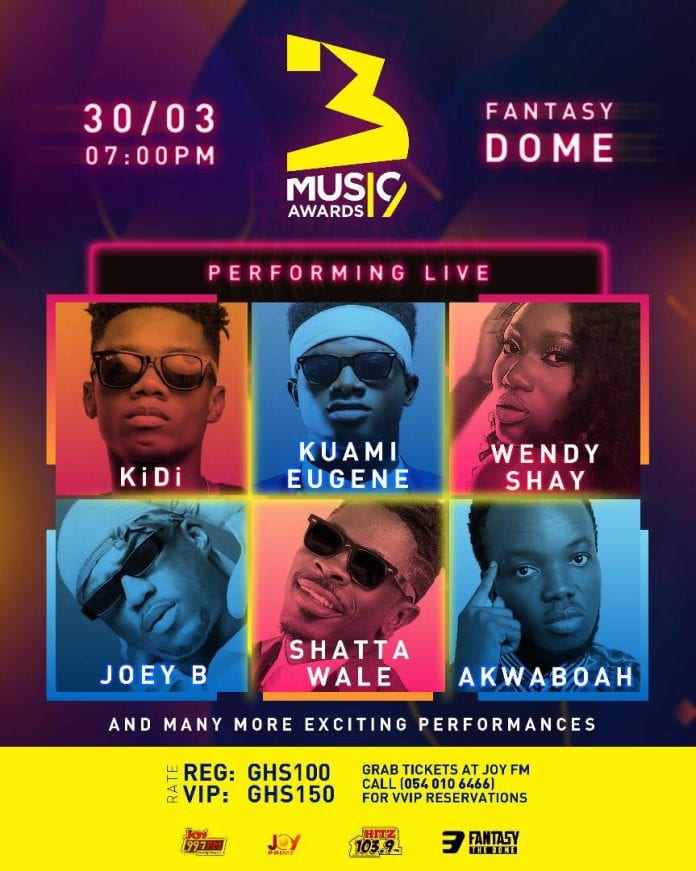 A Pre-Show Gala begins at 6pm at Round Pavilion (Trade Fair) with Fans, Music Stars and top Celebrities gathering for the Live cameras. 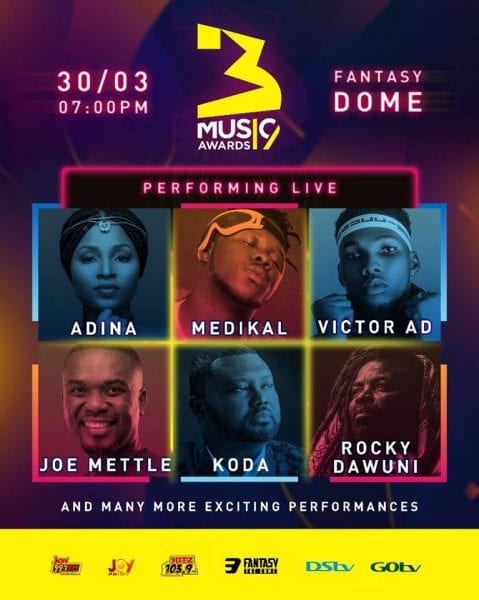 Excitement is already building for what promises to be an improved second edition in March; the organizers have made some changes including the institution of special voting mechanics for the Public (60%) and Academy (40%).

At the launch of this year’s 3 Music Awards, organizers briefed the press on new changes in the scheme and other issues with regards to artistes’ performances on the night.

According to the founder of 3 Music Network, Sadiq Abdulai, the categories have also grown to include more genre and song-specific slots while the various social media categories have morphed into the Digital Act of the Year category. 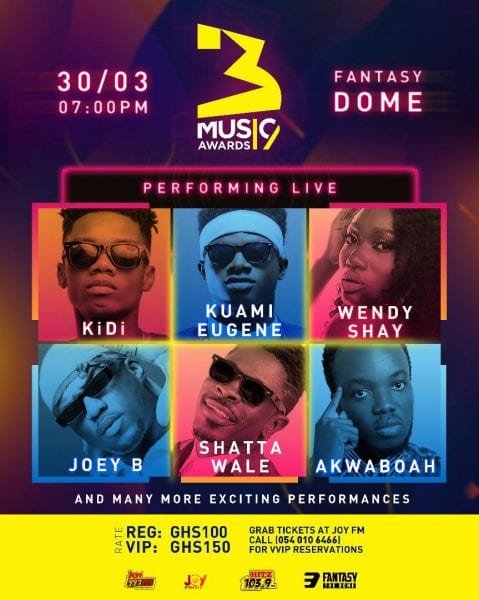 KiDi, DopeNation, Daughters of Glorious Jesus, Others for 3Music Awards