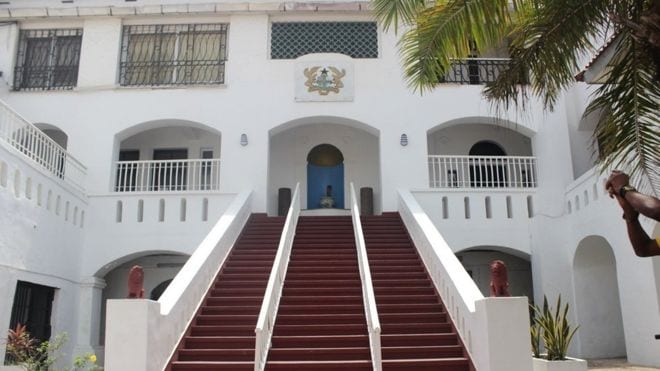 The Ghana Armed Forces (GAF) has dismissed media reports claiming that the military has gone to clear out, and locked the offices of the De-Eye Group at the Osu Castle, following Joy News’s documentary that suggested the alleged militia group was using the castle as its meeting point.

In a press statement signed and issued by Colonel E. Aggrey Quashie, Director of Public Relations on Saturday, March 9, 2019, the Ghana Armed Forces said “it has not deployed any soldier to the Osu Castle for the stated purpose.”

“Indeed no soldier has been assigned to follow any official to the former seat of Government for such an activity. This allegation is completely false,” the statement from the Public Relations Directorate of the Army stated. 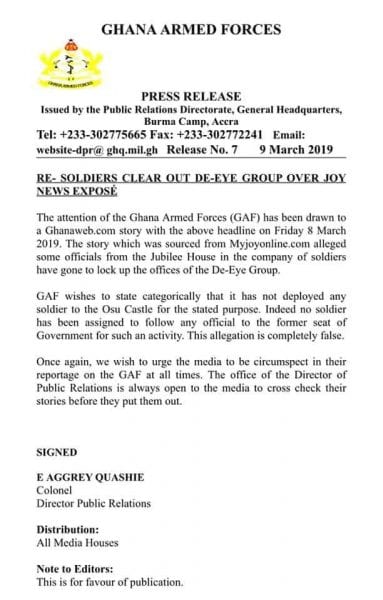