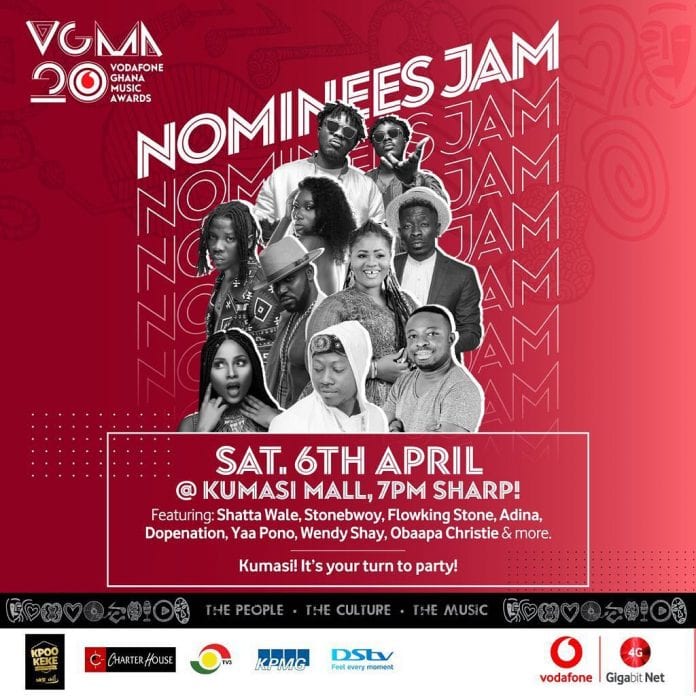 The Vodafone Ghana Music Awards – VGMA Nominees Jam returns to Kumasi, the capital town of Ashanti Region after seven (7) years when it first hosted the event.

The annual Nominees Jam which is held to mainly showcase nominees to their teaming fans. This years’ event, which also marks their twentieth (20th) year celebration promises to be an unforgettable and exciting experience that music lovers cannot afford to miss. 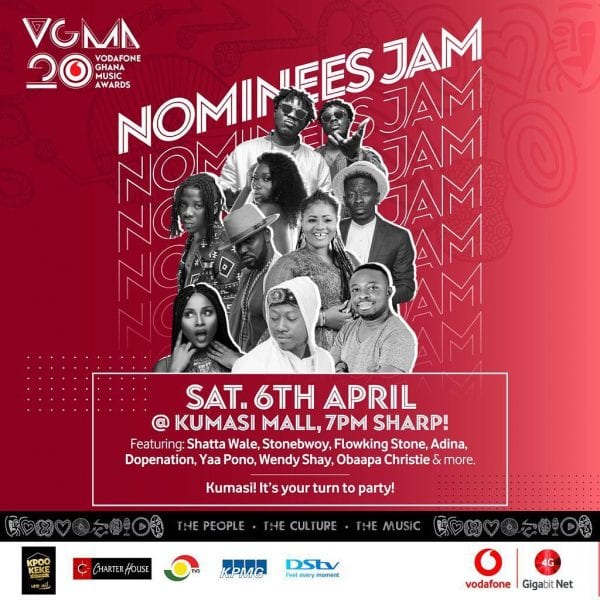 The Ashanti Regional capital will jam to the beats, rhythms, sounds and lyrics of some of the leading Ghanaian musicians at the moment when the Nominees Jam of the 20th Anniversary will be held on Saturday, April 6, 2019 at the Kumasi Mall.

After seven (7) years of its return to Kumasi, the organizers of VGMA, Charterhouse Productions Ghana will thrill fans with performances from Stonebwoy, Shatta Wale, Flowking Stone, Ponobiom, Dopenation, Wendy Shay, Kwaku Gyasi, Obaapa Christie, Adina among others surprises from Vodafone, the headline sponsor.

In a Release, the organizers explained that their return to Kumasi this year and month is also to celebrate the 20th Anniversary of His Royal Highness, Otumfuo Nana Osei Tutu II as the 16th Asantehene and the Traditional Ruler of the Ashanti Kingdom.