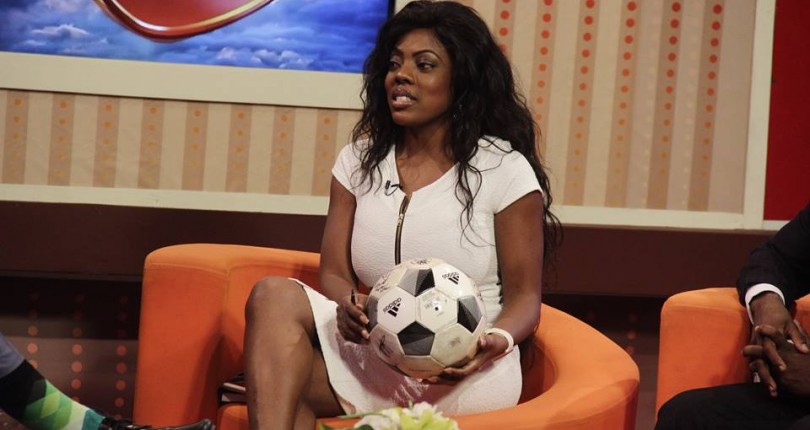 Nana Aba Anamoah has taken a swipe at the Ghana Football Association Normalization Committee calling them not proactive.

The opinionated TV screen host, Nana Aba Anamoah on Adom TV has yesterday described the state of Ghana’s football as shameful calling the work of the Normalization Committee sloppy.

“They have to be proactive and Ghanaians need to know what they are doing because they are working in their interest. They are too slow. They should sit up” she stated

She furthered expressed her displeasure with the Normalization Committee in their communications but was quick to state her belief and respect for the Chairman of the Committee, Dr. Kofi Amoah.

“Most of their releases are empty. It’s just words put together. They don’t communicate. They need to improve on their communications,” she added

The News Editor and host of State of Affairs, a socio-political talk show of GhOne TV, Nana Aba Anamoah also shared a few recommendations she was happy with, with the Normalization Committee.

She mentioned the committees’ ability to raise $1.2 million from the government to help it organize a special tournament for league clubs and also run some football activities in the country.

She also expressed her delight in the removal of Dr. Duah Adoteng and replaced with Samuel Osei Kuffuor.

“I am very happy that Mr. Duah Adonteng has been removed and replaced with Sammy Tugah. Most of the Normalization Committee are not footballers except Sammy Tugah therefore, he will bring in the needed football perspective coupled with the player psyche as a one-time footballer,” she emphasized

She further alleged that there are some sports journalists sabotaging the works of certain members of the committee especially Mrs. Lucy Quist on the grounds of being a female and non-aligned to supposed blocs in the sports media fraternity.

She reiterated it is also the reason why there are only but a few female sports journalists but called on them to cease from those unnecessary attacks and hate.

“Those who have made her (Mrs. Lucy Quist) their daily topic to spite her work must stop. They are shameless. What has she done wrong? They are just not happy because of her gender as a female. Let’s allow her to do her work and stop the unnecessary hate,” she reiterated

The Ghana Football Association Normalization Committee was set up to run the GFA’s daily affairs and cooperate with the special task force once it has been set up by FIFA, CAF and the Government of Ghana.

The Normalization Committees’ function shall end on March 31, 2019.