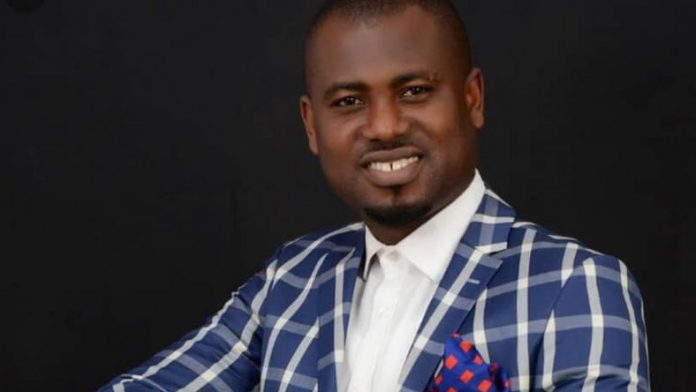 Broadcast journalist, Gilbert Abeiku Aggrey, known in the media cycles as Abeiku Santana has lamented on how successive governments since 1987 have been joking with the Ghanaian educational system.

Her statement came at the opening session of the 2019 French Language and Francophonie Week in Accra.

The minister believes the adoption of French language and its extensive teaching and learning will inure to the benefits of Ghana as we are bordered by three (3) Francophone countries namely; Togo, Burkina Faso and Cote D’Ivoire.

The award-winning journalist, Abeiku Santana in a rebuttal on Hitz Fm said, the adoption of the French language and its extensive teaching and learning in schools exposes the inconsistencies in our educational curriculum.

He explained the difficulties in the learning and speaking of the English language is already a big problem let alone the French language.

“There has been inconsistency with our educational curriculum. From 1987 that we changed our educational curriculum from the Middle School Leaving Certificate to BECE, what we call the Junior Secondary School, and later we change to, we change titles, the working titles of it but nothing changes. We just change it from Junior Secondary School to Junior High School, I think that we are joking and toying with our educational system let alone to say that we going to make French a second language. Even our first language, the English language is a big problem. You can go and check from the Ghana Education Service and the West African Examination Council performance of English, and even today as we speak, those who have graduated from University, their kind of English construction,” he said.

The Tourism ambassador, further explained that the attention given to the English language is going to be a difficult task and when enforced will in years to come, strip off the nation’s sense of pride.

“We are losing our sense of pride. Language is court, language is not taught. Today, we speak English to our kids at home, that’s why our kids are speaking English. However, if you live in a community that predominantly speaks a certain local language; you’ll not be taught that language in school, you learn it. For instance, if you live in Ga-Mashie and growing up, you speak more Ga than English. You spend little time in school than you spend at home. So what you hear as a child from the cognitive stage of a child is what the child remembers,” he emphasized.

According to him, the grip on the English language is considered not as standard. Most university graduates from Ghana are subjected to Test of English for Foreign Language (TOEFL) to gain admission to some Universities abroad. He however questioned why we are not prioritizing our local dialects referring to East and South Africa as people who predominantly speak their local dialect even in parliament. He cautioned that, our consistent effort to always please our foreign partners is not going to take Ghana far.

“Why is that, even if you have a pass in English and want to attend some Universities outside Ghana, they demand TOEFL – The Test Of English for Foreign Language students, why, because the quality of the English we speak, they don’t classify and consider it as the standard, that why you have to write English test before admission into some Universities in UK and in America. So we are going to burden ourselves again with a second language, in which excuse me to say, it will be difficult for us to communicate with because predominantly we have over 26 ethnic tribes or groups in Ghana and we communicate in the local dialect, why can’t we make our local language a number one or the first language, why? If you speak English and you make mistake, hey, unheard of but we are comfortable when people are pronouncing towns, villages and names locally and they make mistakes, we are alright. We are losing our sense of pride. We are losing our sense of pride.”

“It doesn’t happen in East Africa. Go to East Africa, Swahili is the most predominant language. They speak it parliament. Go to Kenya and South Africa, they speak Swahili. Zulus also speak their language. We are changing our language and very soon, we will have nothing to show. I am sorry; I disagree with the Honourable Foreign Affairs Minister. If we are trying to please our French partners, we are not going anywhere, we’ll not go any far with this, because we teach the kids French in school, they come home, they can’t come and speak French with me because I wasn’t taught French and I don’t know when we are going to reverse this or when we are going to change this,” he stated.

Gilbert Abeiku Aggrey Santana in 2016 was announced as a Tourism Ambassador for Ghana and in the top 100 Tourism personalities in West Africa by Balafon Awards West Africa Committee of Experts in 2017. He is currently the owner of Kaya Tours, a travel and tour agency in Ghana.