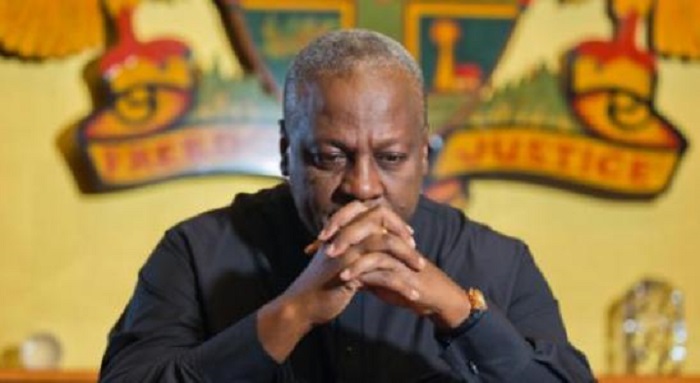 Former General Secretary of the ruling New Patriotic Party(NPP) Kwadwo Owusu Afriyie aka Sir John has said he finds it very difficult to understand why ex President Mahama is worrying himself to return to the Presidency, Jubilee House.

According to him, the ex President has nothing more to offer Ghanaians as he did all he could within the four years that he was in power, a performance which he rates as abysmal by all standards.

Former President Mahama was beaten in the 2016 elections resoundingly by then three-time lucky NPP Flagbearer Nana Akufo Addo who polled  5,716,026 as against Mr Mahama’s 4,713, 277 votes.

But Sir John who’s currently the CEO of the Forestry Commission believes Mr Mahama will be engaging in an exercise in futility if he contests in 2020 election and his defeat will be grand.

“I say if John Mahama left any of his belongings at the Jubilee House after he was defeated in the 2016 election, he should tell me so I go and pick it up for him. He has no business going back to the Jubilee House. I don’t know why he’s worrying himself spending his resources and energy wanting to return to the Presidency. Ghanaians rejected him resoundingly and that remains.

He added: “Mahama, just like Goodluck Jonathan of Nigeria once he was voted out of power, he’ll never return. If a dog no more likes a born, it doesn’t mean that a hen should come for it. What at all did he do right in power that he wants Ghanaians to give him the opportunity to return? Our woes as a country should be blamed on ex-President Mahama, he went for huge loans but a large amount of them was misappropriated and not used for the intended purposes.”