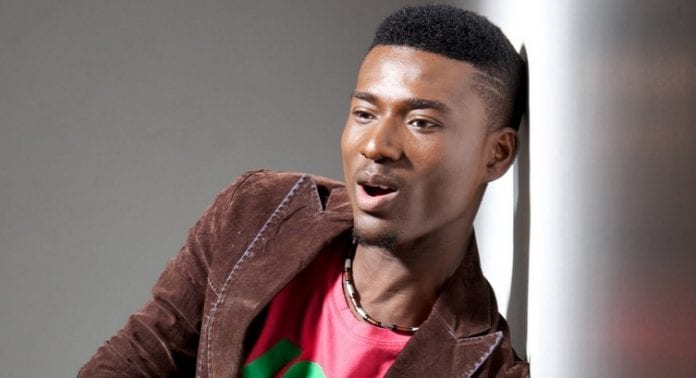 Winner of the fourth season of TV3’s Mentor, Michael Kesse Frimpong, better known by his stage name Kesse has confirmed his decision to quit doing secular music has been well considered.

Kesse, who was also the first runner-up in the Season 2 of Project Fame West Africa days after he declared his stance to fully commit his ways to God and do gospel music has received backlashes from the public. The backlashes are as a result of an uncountable number of popular personalities who come out only to denounce the secular world when they are no more enjoying the public mileage.

But, Kesse who have accepted the criticisms from the public in good faith told Hitz Fm his decision is sacred.

Kesse who is well-known for his soothing voice affirmed he is not turning back on the call to do only gospel songs.

“I’m not deceiving the public neither will I deceive God. It is between me and my God. I’m not going back, I’m not turning back.

“It is true I’m no more doing secular songs because I have found myself. In this world, everyone has what he or she has been destined to do. God’s calling can never be understood. What I have realised about Ghanaians is that when someone decides to carry the cross of Jesus, he gets bashing from the public but I don’t really care about that so I leave all to God.”

He revealed that the calling to dedicate his life and talent to serve God was realized when he was in the Senior High School but took that bold decision six months ago.

“It is something which has been there but I’ve been adamant about it. God speaks to us in our dreams, through prophets, through friends or sometimes what you hear but we tend to turn it down since we all don’t want to carry the cross. I received my calling from Senior Secondary School days.

“When the calling comes and you’re adamant about it, you’re given the freedom to do what you like but it will get to a point when you’ve no option than to adhere to God’s calling. I decided to heed to the calling six months ago.”

“The calling came in two forms, spiritually it came as a dream and physically, I asked myself why I don’t praise my creator with the soothing voice He has blessed me with,” Kesse quizzed.

Kesse released his debut studio album The Prodigy in 2012. It was supported by four singles: “The Ugly Truth”, “The More I Cry”, “Superstar” and “Treat Her Royal” featuring Sarkodie.

Listen to the audio below;