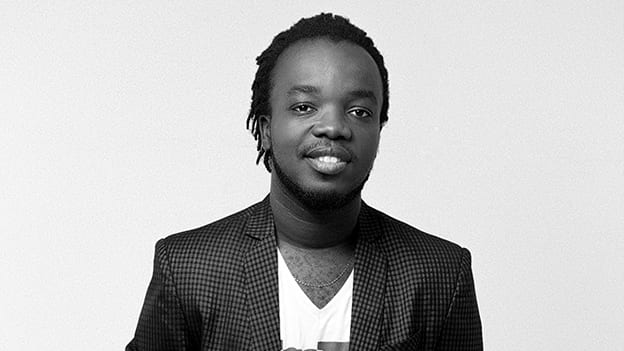 Ghanaian singer and songwriter, Akwaboah has said Copyright does not work in Ghana and the process of getting intellectual property copyrighted is also time-consuming.

The Sarkcess signed musician in an interview revealed, he was asked to contact all the musicians he wrote songs for to get their statement before his songs can be copyrighted.

However, these musicians have on the back of their records and during their performances duly acknowledged him (Akwaboah) as the writer of the songs.

This singular direction from the copyright office at the time some of the musicians he wrote songs for were out of the country made him lose interest and believe that copyright does not work in Ghana.

“To me, they don’t really work because the last time I went there to even register some songs, I was told to go to Becca, Efya, others to write a statement for me meanwhile Efya on stage said Akwaboah wrote this song for me; Becca at the back of her CD which is ‘DaakeDaa’ stated that she thanks Akwaboah for writing this song and yet when I got there, I was told to go back to all of them but then they were not in the country and I was like, how do I get all of them or the number of people I wrote songs for to do all of that for me before I get my songs protected. So for me, it broke me so I never went there again to protect them,” Akwaboah said.

The ‘Hye Me Bo’ hitmaker has revealed resorting to signing a Memorandum of Understanding (MOU) with musicians before he writes songs for them. This MOU, he explained details what both parties are entitled to.

“With music in Ghana, most of our channels don’t work. In terms of royalties and everything, to me, they don’t work. Obviously, I have a company. Everything is on paper and I give you the contract and then you sign so between you and me, we both know when the song comes out and you perform, this is for you, when it is on iTunes, this is for me, if you do this, that is for me and it’s for some number of years. We have that understanding before anything is done with your signature and everything,” he explained.

“This is the pure process I go through if I have to get you a song to sing. I have to get you a contract, you sign that you are paying X amount of money to get you one song and it is going to last for let’s say 5 years, I do it for 5 years and if it’s 10 years, you going to perform for 10 years but still the song is mine; you are the performer and I’m the sole owner of the song,” he reiterated

Akwaboah, furthermore said on Starr 103.5 Fm on the Morning Zoo with the host Kojo Preko Dankwa that, he receives peanut from GHAMRO as royalties in every six (6) months.

He however did not disclosed the amounts he receives as royalties because it is embarrassing.

“That is how come if I have to charge for a song, people say it is expensive, it is too much but I am like no, because apart from writing, you don’t get money anywhere apart from the iTunes and stuff but elsewhere in the United States, it is different. The lyrics are even on Google and just a click gives you money. So Ghana, so many things don’t work. Those are the things I do to protect my song and make some money,” he reiterated.

Akwaboah, who is a master keyboardist, has played for several local and international artistes including Hugh Masekela and John Legend.