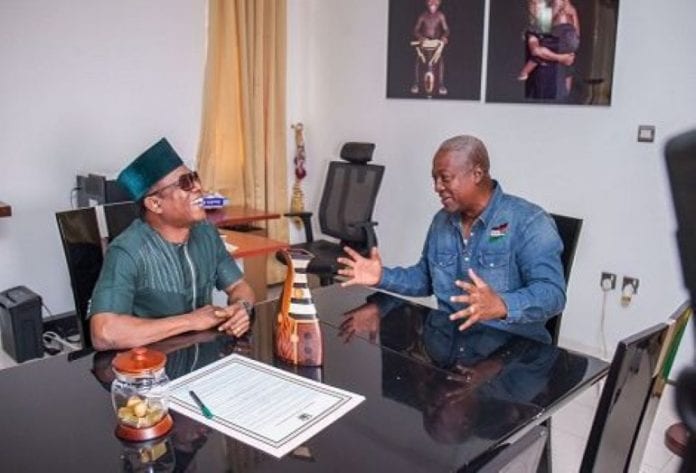 Anyidoho contends the party’s structures must work effectively and bring all party members onboard in NDC’s campaigns instead of allowing aliens to take over its campaigns.

The publisher of Ovation Magazine, Chief Dele Momodu openly declared his support for former President Mahama in last elections campaigning vigorously and doing some PR works for the NDC on the side. 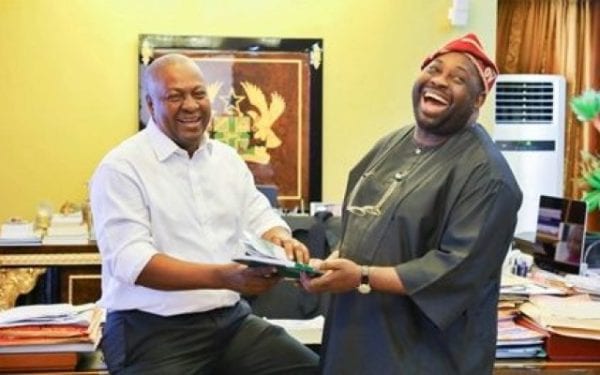 Also Nollywood actor, Nkem Owoh, popularly known in the showbiz world as Osuofia was as well seen in a full blown NDC advert ahead of the 2016 general elections. He was invited by former President Mahama to support his campaigns through his good friend, Chief Dele Momodu.

But the former Deputy Scribe of the NDC says such personalities must have no part to play in their campaigns anymore.

“Is it Dele Momodu or whatever his name is who will tell us who to vote for in Ghana? Is it Osuofia who will come and tell us who to vote for in Ghana? Are we not here? Don’t we know the situation more than Osuofia? …This Momodu guy, you so what, so what, he will come and tell us what? He knows Ghana more than us? He knows Anyigbe more than me? He knows Bunkpurugu more than the person who’s there? What are we talking about? All what we are saying, we shall use structures,” he told Kojo Preko Dankwa on the Morning Zoo programme on Saturday.

Anyidoho clarifying a similar comment made last week said his position is not for the NDC to close it doors to Celebrities in the party’s affairs, but when it comes to the NDC’s campaigns, the party must be advised against engaging such personalities.

Koku Anyidoho at the sidelines of National Cadres conference in Koforidua last week said the party will not leave its campaign in the hands of “strangers” again.

He said the NDC lost the 2016 election because about 1 million supporters of party did not vote saying they were apathetic about how the campaign was handled.

“What message did we use to campaign ,was it a strong message ? Which people led the campaign in 2016, are we going to use the same tactics while we have cadres, party executives, National Executives yet the campaign was run by people who had any understanding of the Party’s Philosophy and History ,No! So never again will we put our campaign in the hands of strangers”.

He added “for celebrities,Yes, we enjoy their music and movies but never again should we hand over NDC’s campaign to celebrities, if they want to be part of the party, they should go and join the branches “.