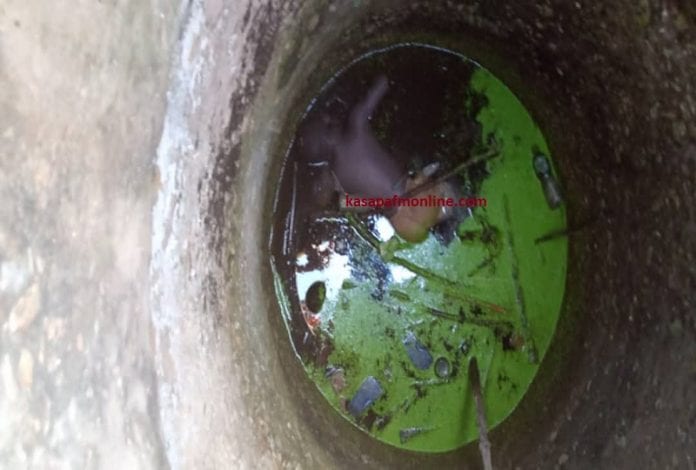 A 23-year-old woman, Rita Dede has callously dumped her 5-year-old son into a well at Somanya in the Eastern Region because the boy’s father has refused to take care of him.

The incident which occurred at Ogorme a suburb of Somanya has thrown the residents into a state of shock with many wondering how a mother can be this heartless to her own child.

A local journalist, Emmanuel Tetteh told Kasapafmonline.com that the woman took advantage of a blackout in the area on Monday and under the cover of darkness perpetrated her evil act.

Rita, who’s not known to have any mental condition reportedly later turned around and started crying that her son cannot be found. An announcement was made on a local radio station following which a search was conducted to find the boy.

The suspect ironically also joined the search party to look for her son when she had personally dumped her into the well.

Emmanuel narrated that the family after the fruitless search then consulted a Pastor in the area for help. The Pastor is said to have confronted the suspect and told her in the face to confess her sins since she’d killed her son.

Rita then broke down in tears and confessed to committing the crime. She later led the family to the well where the boy’s body was found lying deep down.

The suspect has been arrested and is helping the police to investigate the matter. The boy’s father is said to have traveled and is yet to be contacted.

The boy’s body was yet to be retrieved at the time of filing this report as the Crime Officer at the Somanya Police Station was yet to report to work.

My son is suffering from bipolar; Pray with us – Duncan-Williams