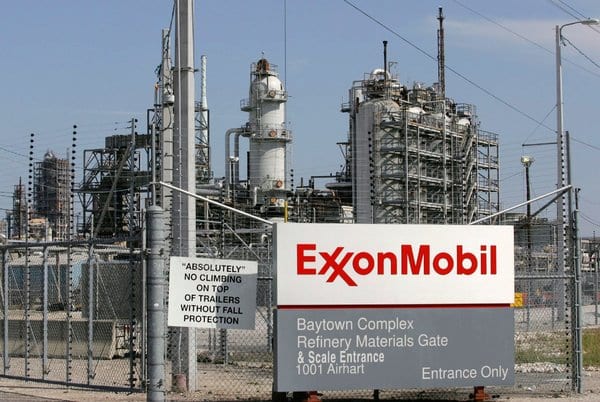 The Minority National Democratic Congress (NDC) Caucus in Parliament are worried about Ghana’s future as far as new negotiations for the exploration of its oil is concerned.

This follows the ratification of the Petroleum Agreement by and among the Government of the Republic of Ghana, the Ghana National Petroleum Corporation (GNPC), ExxonMobil Exploration and Production Ghana (Deepwater) Limited and GOIL Offshore Ghana Limited in respect of Deepwater Cape Three Points Block (DWCTP) Offshore the Republic of Ghana in accordance with Article 268 of the Constitution.

Of much worry to the NDC MPs, are the terms of the agreement which they argued will not inure to the benefit of West African nation in spite of the government’s hailing of the said agreement as the best that has ever happened in the history of the country.

Among the high points contained in the terms of the agreement that generated mixed reaction during the debate was the loss carry-forward/capital allowances.

The Committee on Mines and Energy had captured in its report presented to the plenary and adopted by the House, Wednesday, that the Income Tax Act, 2015 (Act 896), provides for only five-year loss carry-forward for all Upstream Petroleum operations.

However, considering the significant initial capital outlay and the risk associated with exploration activities in the contract area, it is conceivable that some costs may remain un-recovered beyond the fifth year.

The Contractor is therefore seeking for an extension of the loss carry-forward beyond the fifth-year up to at least the tenth year.

This, according to the Ranking Member of the Finance Committee and the Minority Spokesperson on Finance, Casiel Ato Forson, will not inure to the benefit of the country.

To him, the government has failed as far as the whole negotiations was concerned.

“We have seen that we have failed as far as the negotiations are concerned. I am particularly worried about our negotiations relating to additional oil entitlements (economic rent tax), unfortunately this government has negotiated it in such a way that it is lower than all the agreements we have signed so far, that is not acceptable. We have also asked that withholding taxes on dividends be reduced to zero percent instead of the normal eight percent according to our laws (Income Tax Act, Act 896)”, he said.

He also maintained that the finance costs that should be carried forward for five years, which has now been moved to ten years and received parliamentary approval has huge revenue implications to the country and those that carried out the agreement has “caused financial loss” to the nation.

Despite the minority’s worry, a deputy Minister of Energy, Mohammed Amin Adams, has hailed the terms contained in the ExxonMobil Petroleum Agreement as the best that has ever happened in the history of the country.
Ghana is expected to derive approximately 65% -84% of the local net oil depending on the profitability of the project.

“With this current ExxonMobil, in spite of the waivers or exemptions that we are granting to them, the total net oil that Ghana will get is up to 84percent and this is the highest so far in the history of our country. The last we had was 74percent under the NDC and with this we are going to achieve 84percent. If you look at the contract they have signed in the past and they say they have better terms, between 2013 and 2016, they signed 13 contracts with so called better fiscal terms. Today these companies are not performing, they were supposed to have spent US$890million to drill 14 exploration wells, yet not a single well has been drilled and they’ve spent US$95million out of the US$890million. We are looking for companies that have competence and ExxonMobil is a company that can make a discovery” he told journalists in an interview moments after the ratification of the Ghana-ExxonMobil Petroleum Agreement.

The report also revealed that provisions have been made in the agreement to ensure transfer of knowledge and employment opportunity for Ghanaians. For instance the contractor is required to make deliberate effort to support personnel of GNPC to acquire knowledge and skills in petroleum science, technology and engineering in addition to agreeing to accept people for on-the-job trainings.

Others contained in the report include a tax exemption, which the agreement immunes the contractor from such possible restrictions. The contractor is entitled to receive, remit, keep and utilize freely abroad all the foreign currency intended for its operations without any restrictions.

The Bank of Ghana, kasapafmonline.com understands, has agreed to waive the restrictions considering the impact of the restrictions on the operations of the Contractor and the potential benefits that may by accrued to Ghana.

An amount of US$2million per contract year and one-time payment of US$7million have been provided as training allowance and technology support respectively, all geared towards equipping Ghanaians with the requisite skills and expertise to actively participate in all aspect of the petroleum operations.

The agreement is effective for a total of 25years if commercial discovery is made. Pursuant to section 14 of Act 919, the Minister may approve an extension for an additional five years, subject to ratification by parliament.

The agreement however expires after a seven year exploration period of no commercial discoveries made within that period.

Additionally, the Income Tax Act, 2015(Act 896) provides for a dividend withholding tax of eight percent for the petroleum sector. By the necessary implication, contractor’s effective tax is increased from 35percent to 43percent.

The Contract Area forms part of the relinquished Deepwater Cape Three Points Block formerly operated by Lukoil. It is approximately 1,474sq.km in size and lies in water depth between 200m and 3000m

The Contract Area is located in the Tano-Cape Three Points basin where exploration activities have been consistent in the last ten years with significant inputs by GNPC, Vanco and Lukoil.

The Tano basin has a prolific deep-water geological structure that plays host to numerous oil, gas and condensate discoveries.

GNPC Board not dumb; every penny on CSR Budget worth it – Mgt.