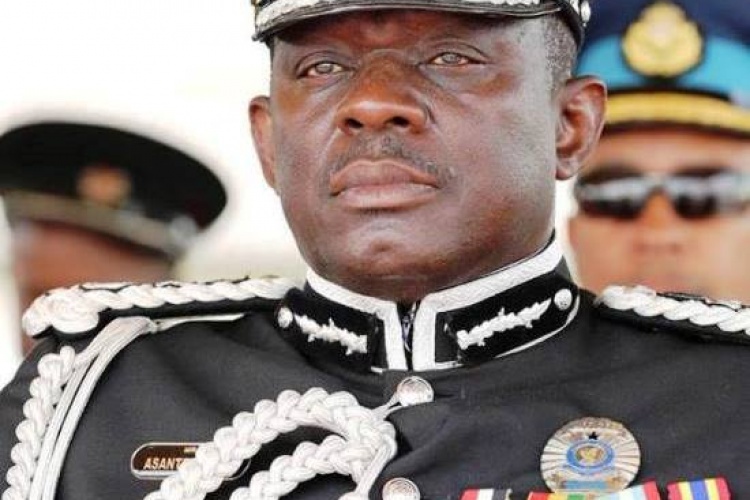 The Inspector General of Police (IGP), Mr. Asante Appeatu has arrived in the Northern regional capital, to begin a two day working visit to North East and the Savannah Regions, his first official visit to the new region since its creation months ago.

The IGP arrived Monday morning in the Company of other top Generals of the police service. From the airport, Mr. Appeatu inspected a quarter guard parade at the regional police headquaters by a 13-man officers in a police welcoming of procedure for the IGP.

He then held a meeting with top officers of the Northern regional police command before departing Tamale to Walewale. The IGP will pay a courtesy visit to the Nayiri, the overlord of Mamprugu, before starting his duties in the region.

He will meet with commanders of these areas to take official briefings on crime situation and strategies to combat them.

The IGP would also inspect a land space earmarked for the construction of regional police headquarters for the new region.

However, the IGP is the region at the time of heighten tension in Dagbon, a relaxed inter-tribal violence in Chereponi and a spike in deadly highway robberies in the Savannah Region.

His visit also comes at the backdrop of a growing agitations in the NPP in Tamale, reports of misconducts against duty officers of the Operation Calm Life unit, and night clashes between youth groups and armed vigilante groups. – Eliasu Tanko