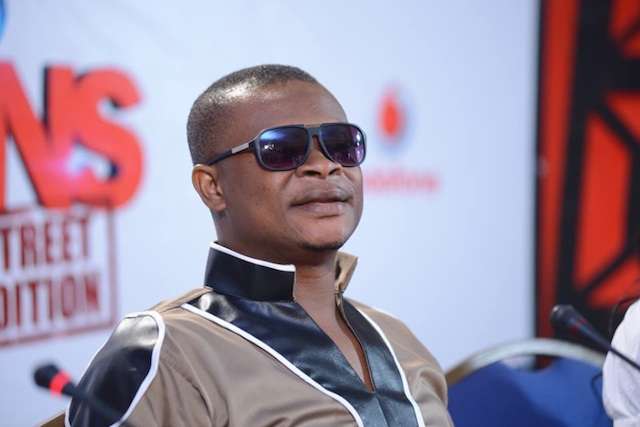 Appiah Dankwah known in the entertainment industry as Appietus has admitted he will lose woefully should he contest as President of the Musician Union of Ghana [MUSIGA].

Following the upcoming MUSIGA elections on June 26, 2019, Appietus who first made known his intentions of contesting for the presidential position seemed to have changed his mind by declaring that there is a big defeat awaits him if he goes ahead to take part in the race.

“I’m not going to stand as president because I have seen that if I go, I will lose.” Appietus said on Starr Morning Zoo on Starr 103.5FM

The 46 years old music producer and sound engineer told host of the Morning Zoo, Kojo Preko Dankwa that although he had good plans for the Union as he stated in his manifesto if he becomes the president of MUSIGA but he is no longer going to push that agenda.

He explained that MUSIGA has become cartel where favourites are elected to succeed the outgoing to cover up their corrupt tracks.

He cited an example with the corruption in Ghana Football Association, where Kwesi Nyantakyi was never defeated, but with the intervention of Anas Aremeyaw Anas’ investigations, he was exposed and removed from office.

“Gyadu Blay has contested from Sidiku Bauri’s time and still nothing. That thing needs to be broken. You see what the president did to GFA, if something like that does not happen in MUSIGA, then close your mind,” Appietus added

Although Appietus is also a current member of MUSIGA, he directly stated that he is giving up on MUSIGA because nothing positive is going on there and for there to be a change in the progress and growth of the union, its entire constitution will have to be reformed.

He further indicated that some of these same issues are what caused the friction between him and the current outgoing president Bice Osei Kuffour [Obour] during the four years of his reign and suggested that it might be an indirect reason for his decision not to take part in the MUSIGA elections.

The National Executive Committee of the Musicians Union of Ghana (MUSIGA) has appointed a five-member committee to supervise its national elections in June.

The committee will supervise the filing and the nomination processes and take care of vetting those who will hope to occupy the various position. It will also work with the Electoral Commission of Ghana to ensure a free and fair election.

A road map released by MUSIGA has the following highlights:

5. Voting in all regional capitals – June 26

6. The announcement of results – June 26

The MUSIGA elections will be held in all regional capitals, as stated in the amended MUSIGA constitution.