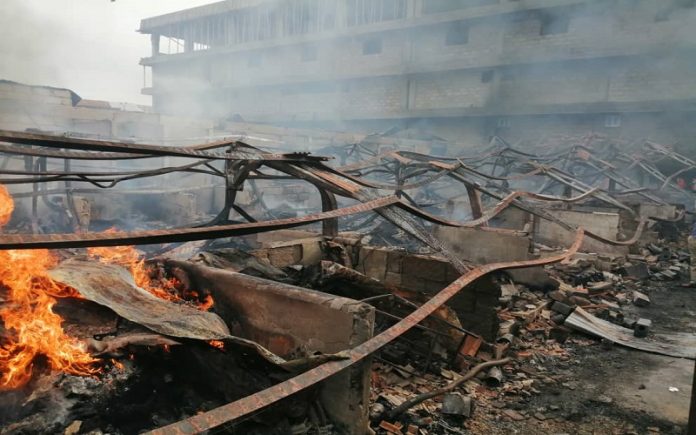 The Ashanti Regional Director of the National Disaster Management Organization (NADMO) Kwabena Nsenkyire has said several of the security men employed to guard major markets in the metropolis are overaged and lack the needed strength for that kind of job.

His comments come in the wake of recent incidents of fire that has ravaged properties worth thousands of cedis in some major markets in Kumasi.

The first incident occurred on Good Friday, followed closely by the second and third on Saturday and Sunday evening at the Kumasi Central and Asafo Markets.

The sequence of the fire outbreaks has left the Mayor of Kumasi Osei Assibey Antwi suspecting arson.

Speaking to the media after touring the affected markets, the Regional NADMO Boss, stressed the need to improve on the quality of security personnel deployed at the various markets.

“Our market’s need young and serious security personnel who are proactive not the old we have now. We need strong boys who will be patrolling the market to identify any security threats in the markets for quick action so am going to work on it.

“Burning of some portions of Central market and Asafo market continuously within a matter of 48 hours during the Easter holidays is unfortunate, I think the security agencies including NADMO must intensify their intelligence gathering’’.’ he emphasized. 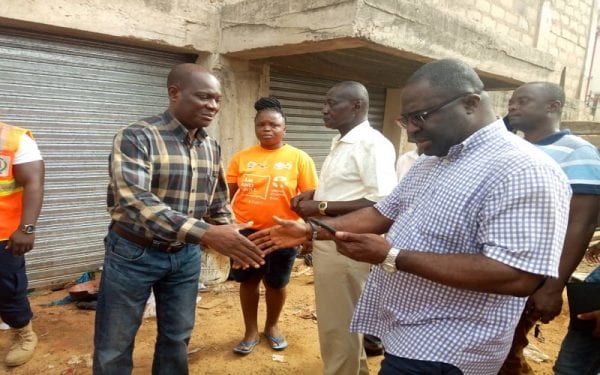 Meanwhile, Member of Parliament of Subin Constituency in Kumasi Metropolis, Eugine Boakye Antwi, who visited the fire-ravaged markets to sympathize with the victims, expressed shocked at the level of destruction in the market.

Ultimate FM’s Isaac Justice Bediako, reported of massive destruction of sewing machines, food items, clothes, and other leather materials used for belt and shoemaking and others.

Victims in an interview called on the government for support to enable them to restart life again at the market.

“Currently we have lost all our capital to the fire which started last night as traders and tailors in this market, we seriously need government support to restart our operations.’’ Zonal president of Tailors and Dressmakers Association, Kwaku Amankwah told journalists.