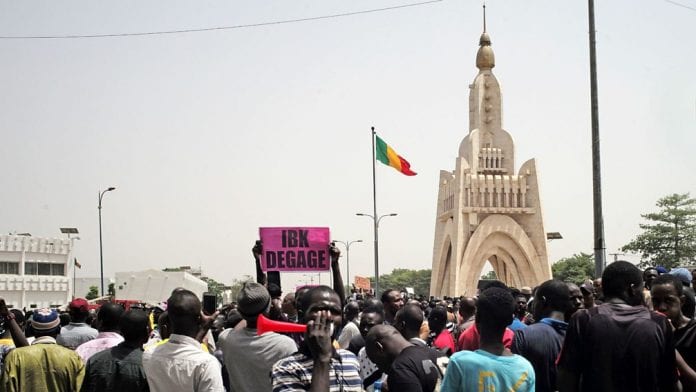 The entire government of Mali has resigned following a massacre of 160 villagers by a militia in March. Huge protests earlier this month called for the government to do more to stop fighting between rival ethnic groups, which has displaced tens of thousands of people.

Prime Minister, Soumeylou Boubeye Maiga, and his cabinet were facing a potential vote of no confidence over their ability to disarm militias and deal with Islamist militants.

Professor Susanna Wing – an expert on African politics and democracy in Mali – from Haverford College explains why the government was under so much pressure.

Attack on UN base in Mali kills 8 peacekeepers