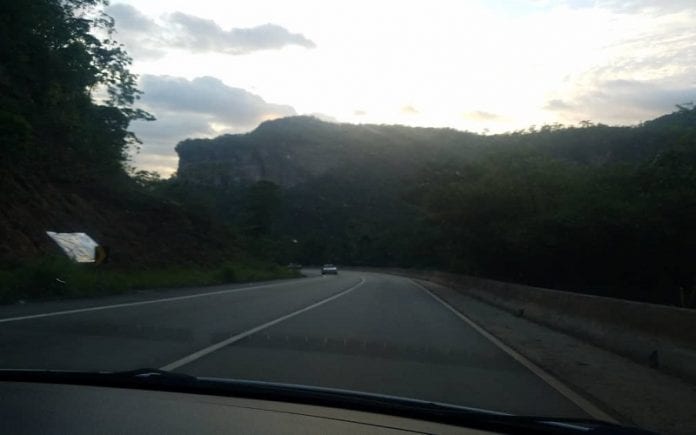 As the Easter week kick starts, some drivers at Kwahu are appealing to the various leaders of MDCAs and government as a whole to fix street lights on the newly constructed Nkawkaw to Atibie road in the Kwahu West/South Municipal District Assembly of Eastern Region.

According to the drivers who spoke to Agoo fm’s news Ebenezer Kojo Nyavor the road is dangerous to use during night adding that looking at the number of people who may troop to Kwahu for the Easter, robbers may take advantage of the situation to attack people.

During Kwahu Easter celebration, some youth walk all the way from Nkawkaw through the mountain to the various communities which include Mpraeso, Obomeng, and others just to feel the vibes.

Although the darkness has persisted over a decade drivers say there is the need to fix street lights due to the current insecurity atmosphere in the country.

The road which was begun by Mahama led Administration was completed by Nana Addo’s government last year.

Nkawkaw-Atibie road became the most talk about road during the former president John Dramani Mahama regime when the chief of Atibie Berimah Kwame Asante Betiani II threatened to lead massive demonstration should government fail to fix the then abandoned road.

The road later experienced massive improvement after the then president visited the area, assured the problem would be solved.

When the road was somehow opened for use, some drivers and residents expressed concerns over government failure to complete a certain portion which needed to be expanded to secure the same dual road.

According to Engineers, the said portion should be filled from down to top which comes with additional cost the reason being that it’s a different contract all together since the government did not add it to the agreement.

This year Kwahu Easter begins Thursday 18th April 2019 with a lot of activities by EIB Network and other stakeholders.

The police have revealed drones will be used to monitor criminal activities. According to the Nkawkaw crime Officer DSP Agyemang Badu, police are ready to ensure the safety of people and properties.

The urban road Engineer Daniel Okyere commenting on the situation of the road in an interview with Kwame Koranteng said the MCE for Kwahu West Hon Lawyer Yaw Owusu Addo and other stakeholders have taken note of the issue.

According to him, the challenge surrounding fixing street light on the road is lack of fund