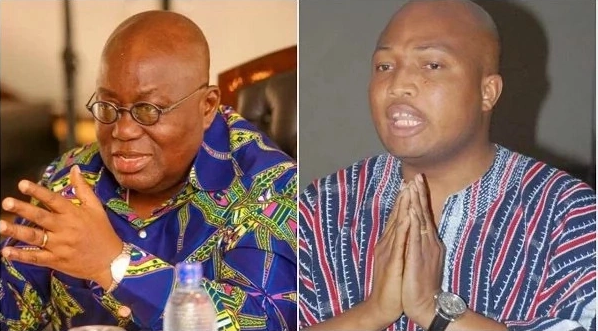 He’s wondering the sort of mischief the government is seeking to cure with the proposed bill arguing government’s unmitigated invasion is too extreme.

“I’ll not go for government’s total control and domination because it creates a culture of intimidation, fear, and politicization which will just stifle academic progress, and with best practice across the world that is not what is done. Let me put across that with the current structure, if the government is so concerned about some of the actions of the universities that have gone astray, what you’ll do is to strengthen National Council for Tertiary Education to enable government gain appreciable level of influence. But to go for this unmitigated invasion is too extreme,” he told host Kwaku Owusu Adjei on Anopa Kasapa on Kasapa 102.5 FM Tuesday.

The proposed law will seek to change the structure of the governing councils of the public universities with the majority of the council members being appointed by the President.This will be a deviation from the norm where the university’s members are normally the majority.Admission of students into the public universities will also be altered with the introduction of a centralised system.

But Ablakwa arguing his position further said the current climate of disturbances within the Universities has informed the so-called proposed bill by government.

Citing the KNUST unrest in his submission, the North Tongu lawmaker said the President’s inability to exert his control and dissolve the governing Council at the time is the more reason why he’s fighting to review the regime of the Public Universities now.

“Clause 3(1) of the new bill gives the president the authority to appoint majority members on the council, 5 out of 9. Clause 3(5) of the bill also gives the President sweeping powers to dissolve and reconstitute the governing Council in cases of emergency. If you look at the interpretation section of the bill, emergencies are not defined. So just like it happened at KNUST as the government wanted to take a particular direction and remove the VC and the Council disagreed; All the President had to do is to declare a state of emergency, and  based on that dissolve the Council. And this is not democratic and it affronts academic freedom. Article 21 of the 1992 constitution of Ghana gives legal backing to the Universities’ Academic freedom.

“If you consider the progress we’ve made so far as a nation disenabling Presidents from becoming Chancellors of our Universities, we’re retrogressing that after all these decades,the President can dissolve Council at anytime under undefined emergencies.

Brace yourselves for more scandals under Akufo Addo – Okudzeto Ablakwa