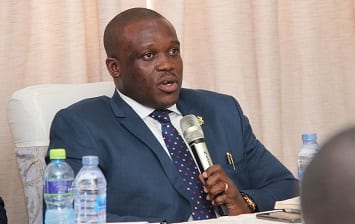 The Member of Parliament for Ningo-Prampram, Sam George has questioned why the Emile Short commission did not recommend the prosecution of other members of the SWAT team who assaulted members of the public during the Ayawaso West Wuogon by-election.

The Commission among other recommendation called for a reprimand of Minister of State in charge of National Security, Bryan Acheampong while calling for the prosecution of the National Security Member who assaulted the MP.

But reacting to the report, Sam George described the approach as a scapegoat method which fails to punish all those responsible.

“…It is in line with the law of the Republic however I will say that I didn’t see any comment by the Commission about certain individuals who I believe that the officers in charge of the team that day should be able to identify. I’ve done some exercise to establish who he is but I would have expected that he would have been identified because in the video you’ll realize that it wasn’t one person who assaulted me. Apart from that you’ll realize that there are other people who could have been identified in the video who assaulted other people, I was expecting that we’ll see some work in that direction in the report, he told Starr News.”

He added “Like I said I will say this without prejudice to the full report, that maybe the full report will capture other directors on identifying other individuals in the videos that were presented to the commission that showed other officers of the so-called SWAT team carrying out the assault on unarmed citizens. That would have been a more holistic approach, it will serve as a deterrent. This approach appears to be more of scapegoatism even though the problem is more endemic. If we want to root out this canker we have to do it in a more holistic manner.”