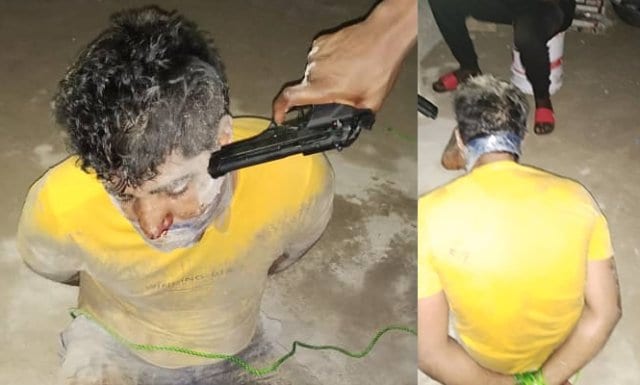 The Ashanti regional Police command has rescued 30-year-old Indian businessman who was kidnapped in Kumasi yesterday by some unknown persons.

Police say, the victim was rescued at Parkoso in the Asokore Mampong municipality.

Meanwhile, police are still on a manhunt for the kidnappers, who are currently at large.

The Indian was abducted at gunpoint in Kumasi in the Ashanti region on Thursday 25th April 2019.

Esay Umpakan Chodri was forcibly taken and pushed inside a vehicle around Ahwodwo, a suburb of Kumasi by three men.

Family sources shared information indicating that the kidnappers had contacted them and demanded $500,000 to be paid into a bitcoin account within 24 hours or they kill their victim.

But in less than 24hours of the abduction, the police successfully rescued the victim who had a swollen face and blood oozing through his nose.

He appeared to be in a shattered mood.

The Police are expected to hold a press conference shortly to give details leading to the rescue.

The development comes amidst the surge in kidnappings in the country.

Three girls who were kidnapped in August 2018 in Takoradi are still yet to be rescued weeks after the CID director said the police knows where they are.

Two weeks ago, the police on a tip-off rescued a Lebanese Consul who was abducted while on a walk at Labone and kept at a house in Lashibi by his Nigerian captors.