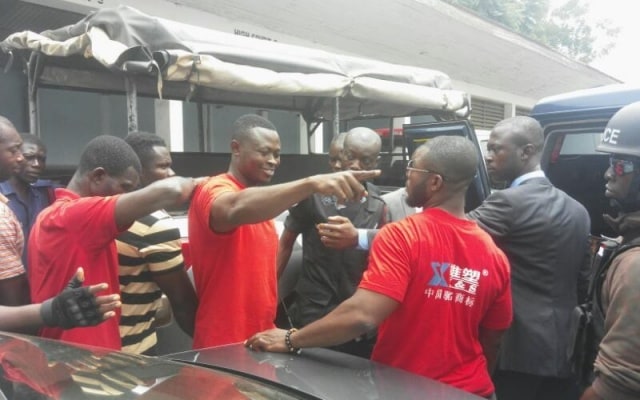 According to him, the decision has been taken as a sign of respect to the call by President Akufo Addo for the two leading political parties the ruling New Patriotic Party(NPP) and National Democratic Congress(NDC) to disband all vigilante groups affiliated to them.

Speaking to host Kwaku Owusu Adjei on Anopa Kasapa on Kasapa FM Thursady, Nana Kwadwo Bamba stated that the disbandment of the Delta Force group will end the practice where non members do wrong in the name of the group.

He added: “We’re serving the country and so if Ghanaians say something is not good and should be gotten rid off then we also have to take steps to disband our group.”

The National Peace Council on Tuesday 9th April 2019, invited both parties for dialogue following the president’s call for them to meet and resolve the issue of political party vigilantism in the country.

The meeting took place at the Central Hotel, near the British High Commission in Accra.

The meeting was aimed at offering an opportunity for the two factions to table a number of proposals and modalities for disbanding vigilante groups.