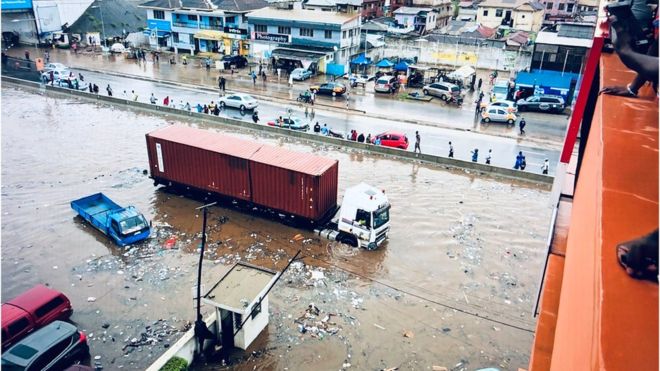 The National Disaster Management Organization(NADMO) has expressed fears that the death toll in Wednesday’s downpour could rise after discovering three dead bodies in the aftermath of the rains.

The disaster management organization is currently undertaking an impact assessment of the incident which left parts of the capital including the Kwame Nkrumah Circle, Odawna, American House and many other areas inundated.

The Public Relations Officer of NADMO, George Ayisi in an interview said his outfit is hopeful that the casualty number will not increase, however, there’s that possibility.

“Following the rain, our men moved for a mop-up exercise and they’ve been to over 28 places where we have information about some fatalities. One happened at Accra New Town cluster of school where a man and the son were standing behind the school wall, unfortunately, due to the quantity of water that had gone into the wall, it collapsed and fell on them and unfortunately they died. And then another death at Adenta.”

Lockdown: Food not being shared based on party affiliation – NADMO