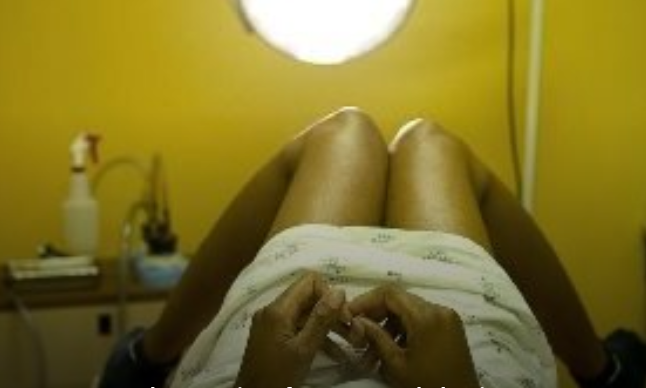 Alabama has become the latest US state to move to restrict abortions by passing a bill to outlaw the procedure in almost all cases.

Supporters say they expect the law to be blocked in court but hope that the appeals process will bring it before the Supreme Court.

They want the court, which now has a conservative majority, to overturn the 1973 ruling legalising abortion.

Sixteen other states are seeking to impose new restrictions on abortion.

Earlier this year the Supreme Court blocked implementation of new abortion restrictions in Louisiana. However the ruling was made by a narrow margin and the case is due to be reviewed later this year.

Why is this happening now?

The bill’s architects expect that it will be defeated in the lower courts, but hope that it will therefore eventually come before the Supreme Court.

They have been emboldened by the addition of two Trump-nominated conservative justices, Neil Gorsuch and Brett Kavanaugh, who give the nine-member court a conservative majority.

Their aim, they say, is for the landmark 1973 Roe v Wade ruling to be undermined or overturned completely.

Alabama’s Lieutenant Governor Will Ainsworth said: “Roe must be challenged, and I am proud that Alabama is leading the way.”

Eric Johnston, who founded the Alabama Pro-Life Coalition that helped draft the bill, told NPR: “The dynamic has changed.

“The judges have changed, a lot of changes over that time, and so I think we’re at the point where we need to take a bigger and a bolder step.”

The bill would allow abortion in cases where the mother’s life is at serious risk.

Doctors could face 10 years in prison for attempting to terminate a pregnancy and 99 years for actually carrying out the procedure.

A woman who has an abortion would not be held criminally liable.

The law – the strictest in the US – now goes to Republican Governor Kay Ivey for approval.

What restrictions are other states enacting?

Earlier this year the governors of four states – Georgia, Kentucky, Mississippi and Ohio – signed bills banning abortion if an embryonic heartbeat can be detected.

Opponents say this amounts to a ban on abortion because cardiac activity in an embryo can be detected as early as the sixth week, before a woman may be aware that she is pregnant.

The first such ban was enacted in North Dakota in 2013, followed by Iowa in 2018. The Guttmacher Institute, which campaigns for reproductive rights, says none of these bans are yet in effect.

But their introduction is part of the same strategy to get the cases heard by the Supreme Court, it says.

Overall 28 states are currently considering legislation that would ban abortion in a variety of ways, the Guttmacher Institute says. They include:

The National Organization for Women called the ban “unconstitutional” and said it was “a transparent effort to drum up political support for anti-abortion candidates in upcoming elections”.

Staci Fox of Planned Parenthood Southeast Advocates called the decision “a dark day for women in Alabama and across this country”.

In a statement she said Alabama politicians would “forever live in infamy for this vote and we will make sure that every woman knows who to hold accountable”.

There are currently three abortion clinics in Alabama, down from more than 20 in the 1990s, according to pro-choice campaigners.

However states with liberal majorities are seeking safeguards to the right to abortion in their own constitutions.

In Virginia, a Democrat-sponsored bill in Virginia that would have allowed third-trimester abortions up until the point of childbirth failed to make it out of committee.