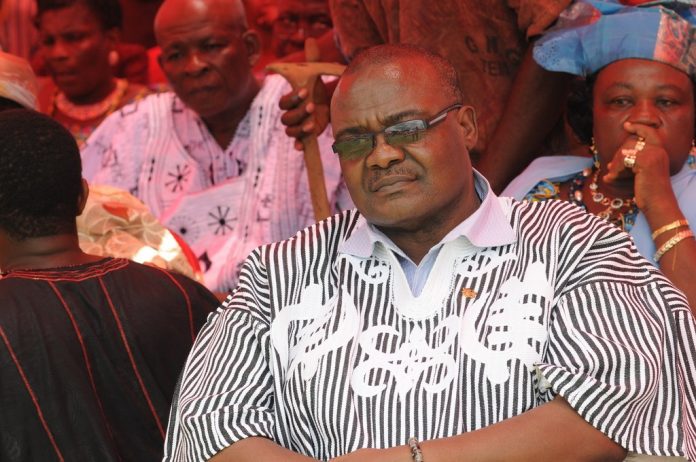 The main opposition NDC has offered explanation for its call on government to track the sale and purchase of the recent weapons imported into the country.

Director of Communications, Kakra Essamuah, told Kasapa 102.5 FM the caution by the NDC was not borne out of malice or ill-intention but for the state to be on guard.

“In the first place we made it clear that the imported weapons is covered by legitimate process, but for the dire security situation in the country, it will be important the government monitors the firearms to ensure that they do not end up in the hands of bandits and hoodlums or vigilantes. Secondly, we called on government to suspend the importation of weapons for sometime. In all these, we never attacked the legality of the importation or said it’s against the law. I did not attack the present government, but i sought to put across that they are in-charge of the security of our country and so should be mindful to put the imported guns under surveillance for security reasons,” he told host Kwaku Owusu Adjei on Anopa Kasapa on Kasapa 102.5 FM.

Government reacting to the alarm raised by the NDC on the recently impounded truckload of arms and ammunition at the Tema Port, said the firearms were brought into the country after the erstwhile Mahama administration approved the import just two days before it exited power in 2017. At a news conference on Thursday, 16 May 2019, Mr Oppong Nkrumah referred to a permit letter signed by the former Deputy Minister for the Interior in the Mahama administration, Mr James Agalga (MP), dated 5 January 2017, in which the erstwhile administration granted M/S Yadco Ghana the permit to import twenty thousand (20,000) cases of five hundred (500) pieces of Shotgun cartridges, four thousand (4,000) pieces of hunting shotguns and five hundred boxes of percussion caps into the country.Mr Oppong Nkrumah, therefore, said: “We find it strange that the very persons who issued the permit for the importation of these arms, will today turn around and say that the Akufo-Addo administration has issued permits and, therefore, has to take the security situation of this country a lot more seriously than it is doing now”.

There is growing disquiet among the opposition National Democratic Congress  over the Importations of guns into Ghana.

It would be recalled that recently, the Customs Division of the Ghana Revenue Authority at the Tema Port intercepted a forty-feet container loaded with guns imported from the United States of America.

A private company, Yardco Ghana Limited, imported the guns into the country and declared them as hunting guns.

NDC in an earlier statement signed by its Director of Communications, Kakra Essamuah, tasked President Akufo-Addo and his administration to “track the sale and purchase of the weapons in question” and to ensure that they do not end up in the hands of bandits and hoodlums or vigilantes.

It said: “although police investigations appear to point to the fact that firearms were imported under the license of the Interior Ministry, the NDC is alarmed by Government decision to authorize such importation with the threat of terrorism on our northern frontier, pervasive vigilantism and unmitigated armed robberies across the length and breadth of our country.”