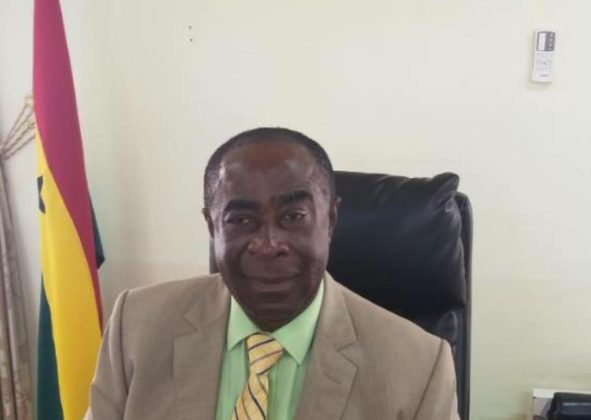 The Municipal Chief Executive for Birim Central in the Eastern Region, Kwabena Bempong, has tendered his resignation letter to President Akufo-Addo.

The MCE confirmed to Kasapa News Wednesday but added, the President is yet to accept his resignation.

He, however, dispelled allegations that he has been forced to resign by the constituency executives of the party over poor performance and rather stated that he is resigning on health grounds.

“I have not heard from the President so I can’t tell you if I have resigned or not because in the civil servant, you need to write a letter to the President to accept or reject which I have not received that communication because at the moment he is in Oti region. I have indeed written to the President my resignation letter which is confidential,” he said.

According to him, he has no other choice but to continue his work as MCE should the President decline his resignation.

“If the President doesn’t accept my resignation letter I have no choice to go back to perform my duty,” he stated.

The former  Oda Constituency Chairman of the ruling New Patriotic Party (NPP) was confirmed as MCE in March 2017 and subsequently assumed office.

Meanwhile, the party has directed persons interested in the vacant MCE position to forward CV to the Regional Secretariat.

“In view of that any person interested in the position should take note of the following; 1; send your application for the position with your CV to the Region Secretariat, Koforidua not later than tomorrow Wednesday 14/05/2019: time: before 4:30pm. 2. vetting of applicants comes off on Thursday 15/05/2019 @ 12:00noon. Venue: Residence ( conference Room) Koforidua “.