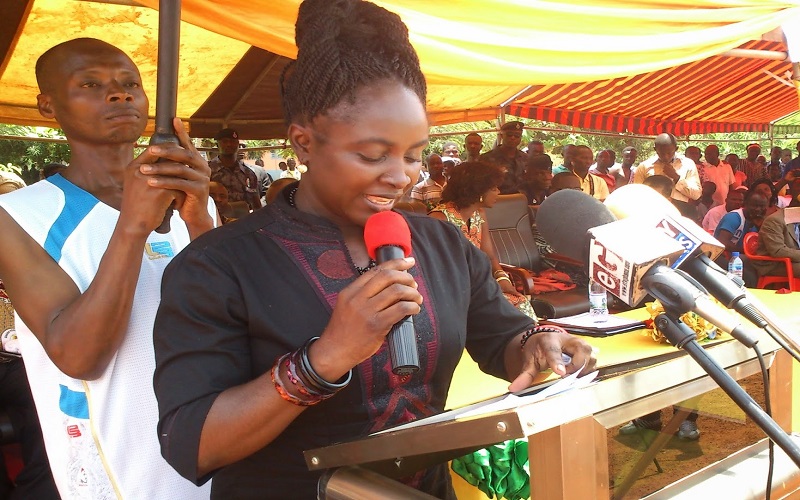 Speaking at a press conference in Accra on Sunday, 12 May 2019, the National Women’s Organiser of the NDC, Dr Hannah Louisa Bissiw said the Women’s wing of her party will be collecting signatures to petition President Nana Addo Dankwa Akufo-Addo on the matter.

“The national women’s wing of the NDC will be collecting signatures in the next seven days to petition the president, the IGP, the CID boss, Attorney General and other international agencies demanding for the CID boss Tiwaa Addo Danquah to produce the three kidnapped Takoradi girls within the next 14 days or resign from office.”

The Director -General of the Criminal Investigations Department (CID), COP Maame Yaa Tiwaa Addo-Danquah has assured Ghanaians, and families of the Takoradi kidnapped girls that the security service are working tirelessly to rescue the girls to their families alive.

“I have not slept about the issue of the kidnaped girls, my officers and I are doing whatever we have to do to bring them back. As at now, one of the things that will bring me joy is to hold the hands of the three girls and present them to their families and Ghanains as a whole. That is my topmost priority,” she told Accra-based Atinka TV.