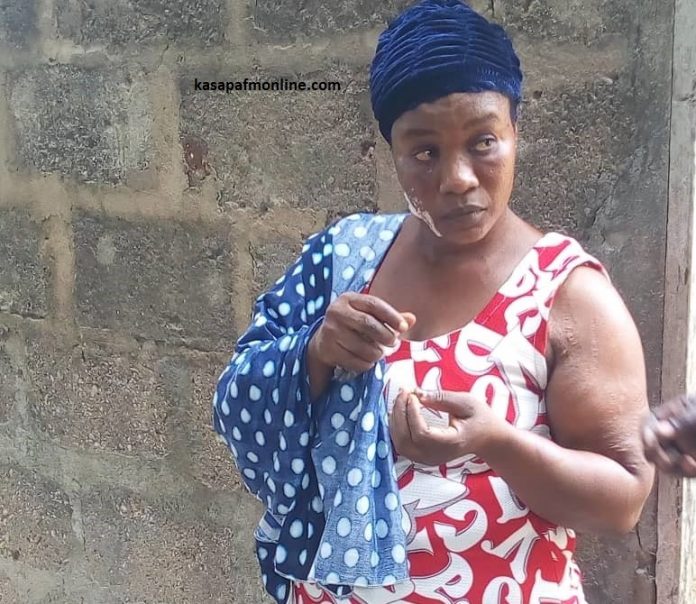 The Police in Osenase, a community near Akwatia in the Eastern Region has arrested a 32-year-old Seamstress Humu Iddrisu, for allegedly conspiring with a Pastor in a failed ritual murder attempt on a 31-year-old woman.

The victim identified as Esther Dzakah had been lured under the guise of offering her spiritual assistance for the husband to be responsible.

She suffered deep cut on her left cheek and mouth with right her forefinger cut off and is currently on admission at St Dominic Hospital in Akwatia.

Information gathered indicates the suspect, Humu Iddrisu, who is a friend to the victim recommended the suspect Pastor now on the run for having spiritual powers to help her fix her marital predicament particularly by making the husband who has shirked responsibility in taking care of their children to be more responsible.

On the fateful day, the suspect lured the Victim to take Ghc13,000 belonging to her husband to see the Pastor for the spiritual help.

They lodged at Seth Mensah Guest House around 3pm but around 7:00pm the suspects took the victim to an uncompleted building 500 meters away from the Guest House where the Pastor forcibly gave the victim concoction as part of the rituals but the victim suddenly became weak.

The suspects swiftly hit her head with a cement block and became unconscious. 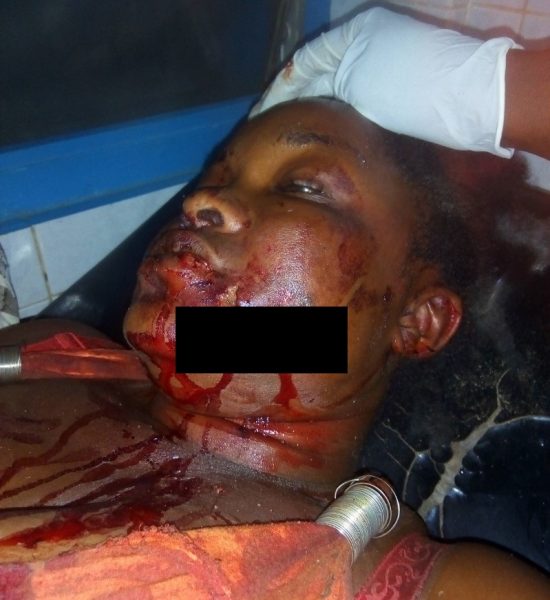 The victim told Police that, she regained consciousness after few minutes though the suspects thought she was dead. She said while lying motionless she heard the Pastor telling his accomplice that he was going to bring something from the nearby bush.

According to the victim, she quickly gathered strength and struggled with her friend suspect-Humu Iddrisu which resulted in both sustaining severe bites on their cheeks before she managed to escape to the guest house while screaming for help.

Workers at the Guest House quickly called the Police around 10:45 pm upon which the Police Patrol Team near Awaham junction responded swiftly, rushed the victim who was bleeding profusely to the St. Dominic Hospital where she is currently on admission.

Police investigations led to the arrest of Humu Iddrisu the seamstress suspect, however, the Pastor is at large.

Police also retrieved the Ghc13,000 which was in possession of the victim from the crime scene. It is highly suspected that the suspects attempted to rather use the victim for sacrifice.

The Public Relations Officer of the Eastern Regional Police Command, DSP Ebenezer Tetteh told Kasapa News the suspect will be put before Court on May 27, 2019 while efforts are underway to arrest the Pastor.