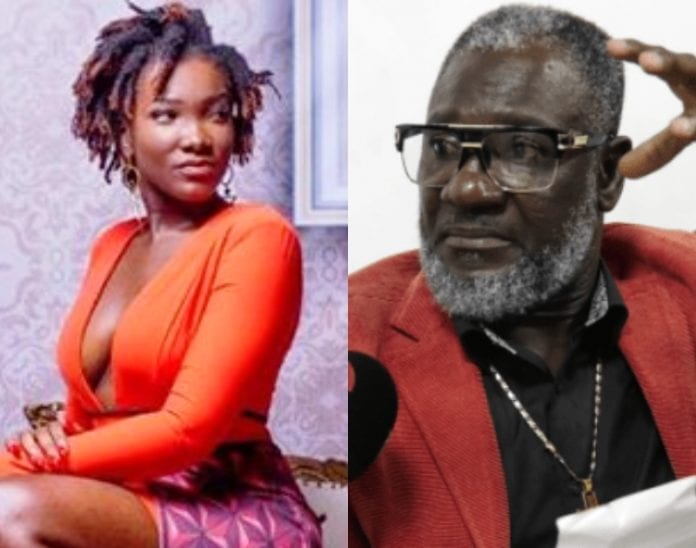 Father of the late Ghanaian dancehall and Afrobeat artiste Mr. Opoku-Kwarteng has declared that he will soon be signing on a new artiste to perform the unreleased songs of his late daughter, Ebony Reigns.

Mr. Kwarteng who has been taking steps since the demise of his late daughter to keep her legacy alive has taken a couple of actions in the past, the current one being his promise to fans of the singer to release her unheard songs.

Although he made this promise quite a while ago, fans have still not heard anything from the camp of the late Ebony reigns, for which Mr. Kwarteng delivered an explanation as to why there has been a delay in the fulfilment of his promise.

Taking to his Instagram page, Mr. Opoku Kwarteng acknowledged that he had kept his daughter’s loyal fans waiting for over a year and explained that the cause of the delay is due to the fact that he is yet to finalize the most crucial aspect of his plans.

Father of Poison hit maker revealed that it was crucial that he get someone to perform his daughter’s unreleased songs and thus he is taking the final steps to sign on a new artiste solely for that purpose.

Based on the father of the deceased, there has been a positive improvement to his recently time-honoured record label Bony To The World Record and thus after the yet unknown artiste has been signed, the much anticipated and unheard songs of Ebony Reigns will be released.

He added however that this new artiste will not perform only the songs of the late singer, but will also be working on his/her own songs. 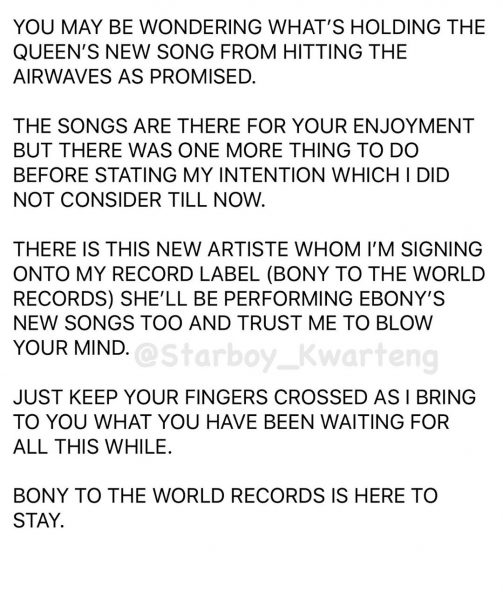 Young girls should dress like my late daughter – Ebony’s dad