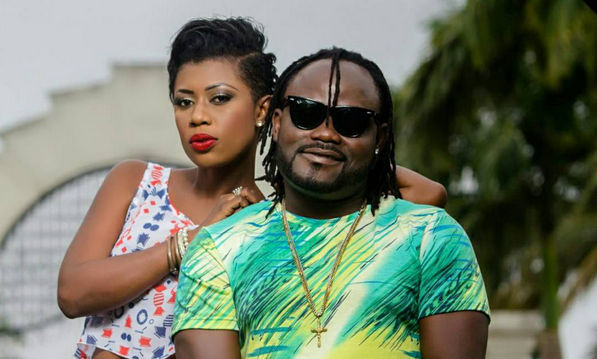 Wife of Praye Tietia, Selly Galley Fiawoo has said that she has no intentions of boycotting the upcoming VGMA but she will attend as a representative for her husband’s group Praye.

This turn of events came about after the group took to social media to express their misgivings for not being nominated in this year’s VGMA and threw shades at the organizers of the awards Charterhouse for being biased.

Speaking on if the group will be present at this year’s music awards or if she would be boycotting it altogether after her husband’s group got into banter with the organization due to not being nominated in any category at all, Selly answered in the affirmative.

“I don’t think it’s a personal feeling. I know that they will be very much involved in all the subsequent VGMA’s that will happen,

“There’s no way I’m boycotting it because of what has happened. These things happen always so I’m going there and I am going to look my best ever. I am representing Praye,” she said

Following their accusations against Charterhouse which turned into a huge debate between the group and George Quaye, a member of the board, Praye have gotten a lot of backlash from people and have also been accused of being attention seekers.

Mrs. Selly Galley in an interview however came to the defense of her husband’s group by stating that Prayer was in no way seeking attention because they are already legends in the music industry.

“I think that Praye is such a huge brand that it is out of place for you to say that they are seeking for attention with anything that they do. I mean these are legends. We breathe, we eat, we sleep Praye.

“Whether you like it or not you enjoy their songs. So I think it was way below the belt and I feel like we could have gone around it a bit better.” Selly added

She further reacted to notions which implied that the group had not been relevant enough for the past decade to be nominated in this year’s Vodafone Ghana Music Awards.