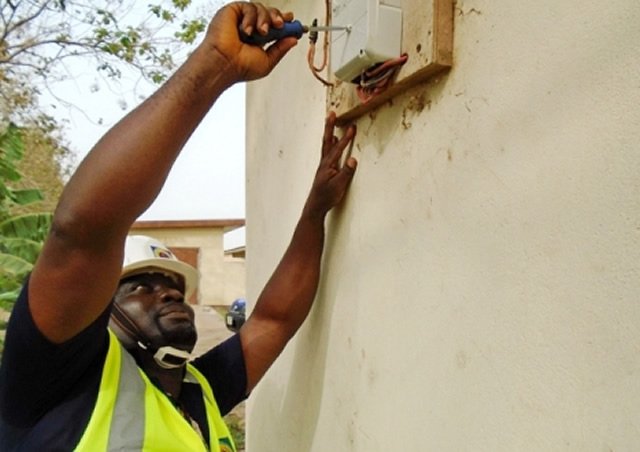 The Power Distribution Services (PDS) has been compelled to use armed Police Officers to embark on mass disconnection exercise in the Somanya,Odumase Krobo and its environs.

Dubbed “Revenue Mobilization exercise” according to Somanya District Manager of PDS ,Ing.Edward Ochire has become necessary due to failure by many residents to pay their electricity bills since 2017. A situation he said has led to revenue shortfalls of the company.

Hundreds of houses have been disconnected in the ongoing exercise which started May 13,2019 from Kpong and Nuaso communities.

The enclave has seen several riots against power distributors in the past.

Following this, many electricity consumers in the Krobo area have since 2017 failed to pay their bills after bloody clashes with police in attempt to burn down PDS office for allegedly overbilling them. – Kojo Ansah