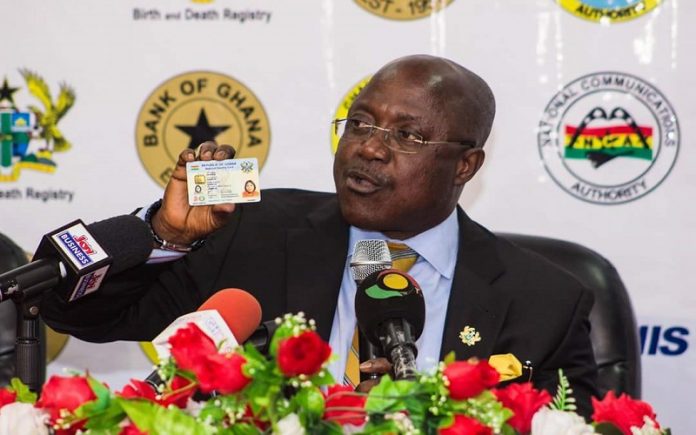 The National Identification Authority(NIA) says it will sack more officials violating its regulations.

The Authority is currently investigating an allegation of extortion by some of its officers working the issuance of the Ghana Card.

There have been reports that some officials at the registration centers for the ongoing registration exercise request money before giving out forms to applicants.

The NIA has already sacked twelve officials and suspended others for similar actions.

The Executive Director of NIA, Prof. Ken Attafuah speaking to Bola Ray on Starr Chat on Starr FM said his outfit will investigate and take action on any established infraction on their regulations.

“The embarrassment that some of my workers are causing, the criminal activities that some of them are engaged in we will control of those. The dismissal is just the beginning, people confessing that they’ve paid a bribe of GHC50 to some of my officers we’re going to find out all of those.

“When you register every activity on the system is visible at the backend at the headquarters, every machine you open it biometrically and so we know who’s opening which machine at what time. Unless you open with your finger and you leave it for your neighbor to come and do things with it but you will be held accountable. Everything out there is tracked and traced,” Prof. Attafuah added.