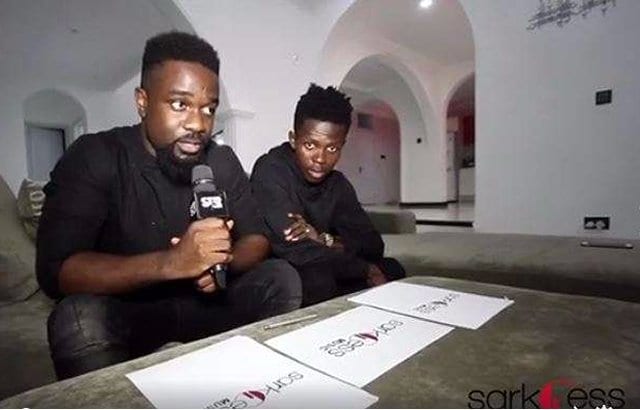 Rapper Strongman has disclosed that SarkCess Music label made his talent and hardwork seem undervalued.

After his performance on ‘Music Music’ at TV3 last Saturday, Strongman explained in an interview that although he recognizes himself for his talents and good works, the public could not attest to the same facts because of the big label he was signed to.

“I personally see that I am doing very well but the only problem I had was because I was under SarkCess music people do not see what I was doing,” he said

According to him, he would have been better appreciated as an artiste if he were on his own.

“If I was to be on my own and still doing what I was doing when signed to SarkCess Music, People would see me as a hero. But so far as Sark is having a big brand, they think he should be doing too much for me.” Strongman emphasized

He however acknowledged and praised Sarkodie’s efforts and contributions to his career as a music artiste and stated that the main reason for the split was because the fans demanded more.

“But on a real he was also doing his personal best. And we were all trying to push the brand to that level but the fans, the expectations from the fans out there is very huge that the two of us we can’t do anything about it.” He said

Speaking on his time with the label, he described his entire two-year term with SarkCess Music as a pleasant yet difficult experience.

“It has been good and on the other side too it will be rough at times. You know we are human beings, no matter whatever happens there will be one or two issues which will come up.

Strongman stated that he is currently paying attention to his music career and is working on ways to keep his name and brand alive.

“I am just looking at the bigger picture. I’m looking at what I am supposed to do to stay relevant in this industry all the time. I’m seeing what the future holds for me. That’s what I am just focused on right now,” he added