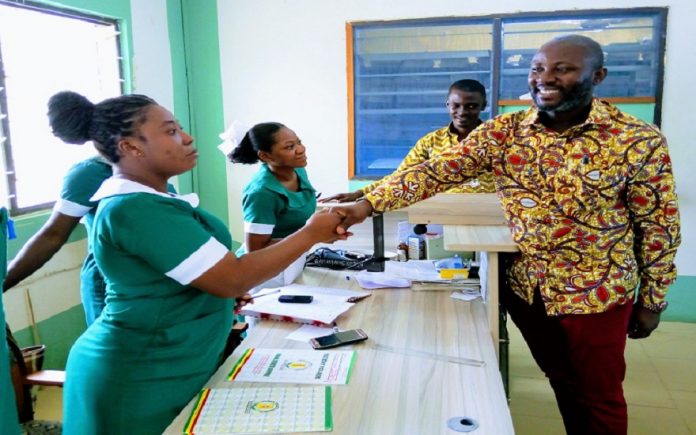 The Chief Executive Officer of the Nation Builders Corps ( NABCO) Dr. Ibrahim Anyars has said, currently, the scheme has paid the arrears of the trainees for the month of March and April respectively, and he can confidently say that there are no arrears.

The Chief Executive Officer made this disclosure in an exclusive interview with Prince Odoom Gameboy of Nkwa fm during his three days tour to the Central region.

He said, since there are no arrears, trainees under the scheme will be paid their May salaries soon.

According to him, the stipends sometimes delay because of the accurate management of the payment data every month as a result of the huge number of trainees under the scheme.

Dr Anyars, said, people joined the scheme at the beginning but left along the lines because they found a permanent job and all those names are supposed to be deleted from the payment data because they are free to live anytime they get employment permanently, adding that this explains the sometimes delaying of the stipends because of due diligence and appropriate procedures on the payment data to safeguard the waste of public funds.

He, the government is 100% committed to the scheme and will do anything possible to see it successful.

Dr. Ibrahim Anyars said, the tour was to monitor the performance of the 100,000 NABCO trainees who were deployed to various institutions in the country. 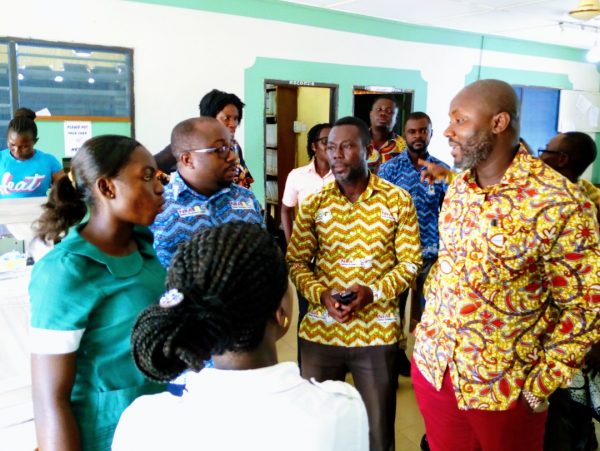 At the Assin Fosu Polyclinic, he lauded the heal Ghana trainees for their hard work and also encouraged them to justify their selves to their employers so that they can be employed permanently whenever there is a vacancy.

He later proceeded to the Assin Fosu branch of the Ghana Revenue Authority to have a one on one interaction with trainees under the Revenue Ghana module.

The Chief Executive officer said, his visit to the Central region shows that, the trainees have excelled in their performances and i will rate them 90%: I go to their workplaces they are there on time and their managers have been given a good testimony about them and for me the success story so far is that the trainees have ceased the moment taking advantage of this scheme, and I have no adverse findings from this current monitoring, he added.

He finally urged all well-meaning Ghanaians especially the media to support the scheme and endeavor to investigate every rumor that may arise. He pleaded with trainees to follow the administrative structures anytime there is a genuine problem.

Beneficiaries to be blamed for delay in stipends – NABCo