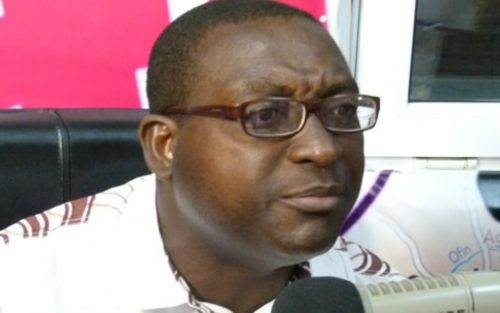 According to the NPP, it is line with the NDC’s agenda on a crusade to discredit the Electoral Commission with numerous allegations.

The Director of Communications of the NPP, Hon. Yaw Buaben Asamoah in an interview with Starr News described the NDC’s moves as unfortunate.

“I think that the NDC is deliberately trying to set an agenda to distort the public mind about the EC. There’s a sense that the NDC has a deliberate strategy to create a siege mentally about the operations of the EC in order to discredit them towards election 2020 then they can scream that the EC is not fair. They are preparing a public alibi for the loss that is going to happen, they are going to lose the election.”

Meanwhile, the General Secretary of the opposition National Democratic Congress (NDC) Johnson Asiedu Nketia over the weekend slammed the Ghanaian media for its supposed silence on what he says is some dangerous happenings at the Electoral Commission of Ghana.

He said the media as the watchdog of the country and the fourth estate of the realm must be vigilant and interested in speaking against actions of the electoral body which capable of plunging the country into war.

“When you take a look across Africa, you can count the number of countries that have gone to war because of rough elections or dispute after elections. You have Cote D’viore, you have Togo, name them Congo everywhere. If you are there and you see the Electoral Commission doing the wrong things and you say that I am a media man I don’t care about electoral commission I don’t participate in IPAC, I weep for you because when elections are compromised and there is conflict in the country do you know the people who die first – the media people”.

He explained further: “because whilst everybody is running away for their dear lives it is your duty to capture pictures of people running away. When guns are being shot it is your duty to go and see from which angle the guns are being fired and who is winning the war…..and you are not immune to bullet. So please when issues about preparation to rig elections come out you must take the lead to ensure that the electoral system is clean and authentic and that it can deliver the actual will of the people as expressed during the voting day”.