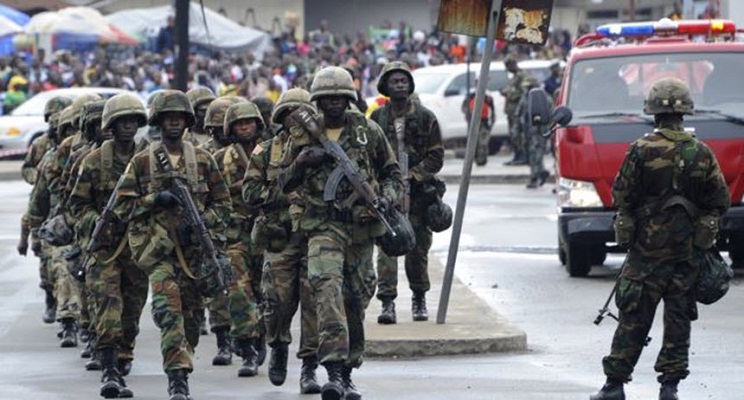 About 200 hundred military personnel have made a surprise entry into Damongo, the capital of the Savanna Region.

The arrival of the armed soldiers have caused panic among residents in the new regional capital as authorities  appear clueless of their mission.

Damongo is a chieftaincy hot-spot and highway robbery hotbed. Residents have constantly lived in fear over communal clashes and robbery attacks.

Sources familiar with the deployment disclosed the composition of the troops as mainly senior intelligence officers. They are currently camped in different locations in the town, with most of them staying in campuses of the two Senior High Schools.

The District Chief Executive for West Gonja  Muazu Saeed Jibreal spoke to local radio station Nkilgi FM and said he wasn’t briefed about the coming of the soldiers. Other sources claim the soldiers were in the area to prepare the grounds ahead of president Akufo-Addo’s visit.

He however urged residents not to panic, saying the military officers were in the area for an intelligence gathering and survey mission.

The DCE said the Soldiers will proceed to Sawla, Bole and to Chache near the Cote d’Ivoire border. -Eliasu Tanko