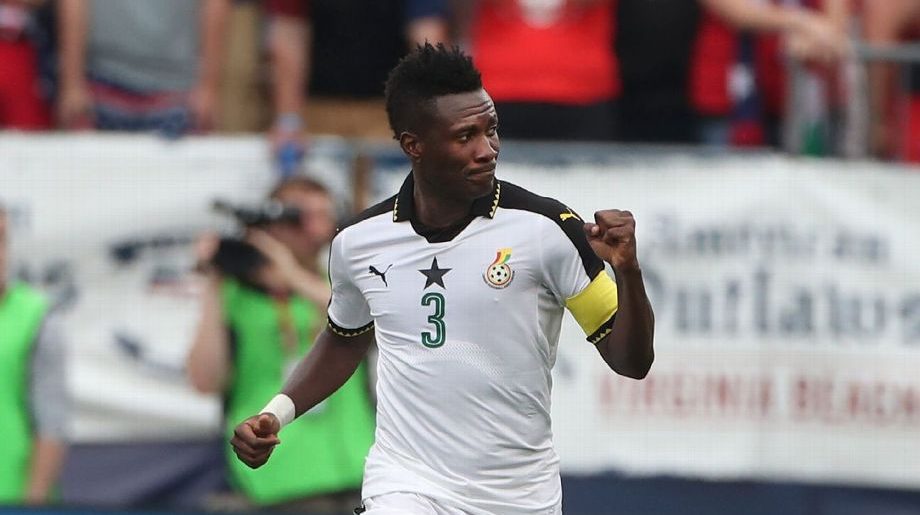 The Editor-in-Chief of the New Crusading Guide Newspaper, Abdul Malik Kweku Baako has urged ex-Black Stars captain Asamoah Gyan to decline the General Captain position of the team handed to him.

Black Stars coach, Kwasi Appiah has named André Ayew as the permanent captain of the team.

This follows a meeting with the top brass of the Ghana Football Association (GFA) Normalization Committee (NC) after which approval and full backing were granted to the plans of the coach.

Ayew replaces Asamoah Gyan, as captain of the Black Stars.

Gyan, who has captained the Black Stars for a record seven years has been elevated to the position of “General Captain”.

But speaking on News File on Joy FM Saturday, Abdul Malik Kweku Baako insisted the ‘General Captain’ position is no elevation and that Asamoah Gyan should decline it.

“This whole animal called General Captain is of no value, I expect him to decline it.”

Ghana’s all-time leading scorer Asamoah Gyan on Monday announced his retirement from the Black Stars with 32 days to the 2019 Africa Cup of Nations after a decision to strip him of the captaincy.

The Kayserispor striker was disgruntled that the head coach Kwesi Appiah has decided to hand the armband to Andre Ayew.

Gyan is Ghana’s lead scorer with over 50 goals after leading the team at three World Cup competitions.

A statement signed by the striker said:’‘If the decision of the coach is to give captaincy of the tournament to another player while I am named in the team for the tournament, I wish to rescue myself from the tournament.

”I also wish to retire from the national team permanently, not pretending my presence would not fuel the purported undermining the country has seen under my captaincy.”

”I would continue to serve the country Ghana in other endeavors as a businessman through various investments.”