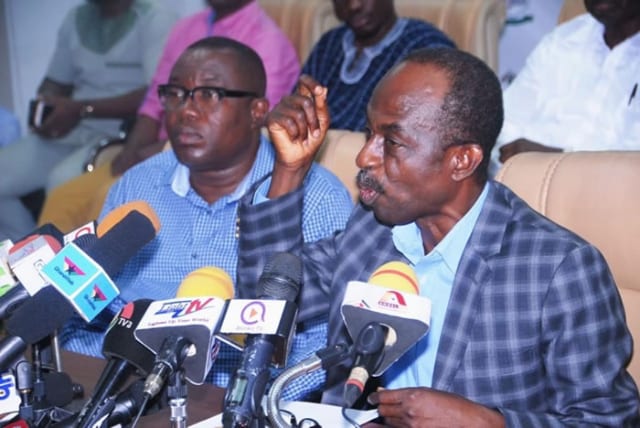 According to the party, in Mr Ofosu Ampofo’s several decades of political activities, not a single person can point to him even remotely encouraging the perpetration of crime in any form.

The party’s declaration of such confidence in its chairman follows the Criminal Investigations Department (CID) of the Police Service inviting Mr Samuel Ofosu Ampofo again for questioning in connection with recent kidnappings and market fires across the country.

The invitation letter to him read in parts that: “The Criminal Investigations Department of the Ghana Police Service has commenced investigations into cases of kidnapping and fire outbreaks in various parts of the country. Intelligence gathered indicates that some of these kidnappings and fire outbreaks are being orchestrated by unidentified groups, persons and individuals. Some of the persons picked up for interrogation and investigation have mentioned your name as part of a grand scheme designed to cause fear and panic in the country.”

But the General Secretary of the NDC, Johnson Asiedu Nketia in an interview with host Kwaku Owusu Adjei on Anopa Kasapa on Kasapa FM stated that Ofosu Ampofo’s image will remain unblemished despite Akufo Addo government’s unnecessary harassment.

“It is difficult to do what the Akufo Addo government is doing, they are losing public confidence each passing day. The government is going every length to blame Ofosu Ampofo a respected Elder of the Church of Pentecost for almost every crime committed in the country, this is the highest level of absurdity. What the government is doing is like the camel going through the eye of a needle.

“Ofosu Ampofo is not a violent person nor has he ever engaged or encouraged criminality of any sort. I have great trust in him because I’ve been with him right from the time he cut his political tooth and knows what he stands for. Ghanaians know who Ofosu Ampofo is, so is his Church, so it is very difficult for someone to create a negative image of him. just like asking a pressman to create an image of peace around President Akufo Addo. That will be an arduous task almost impossible to achieve,” Johnson Asiedu Nketia added.