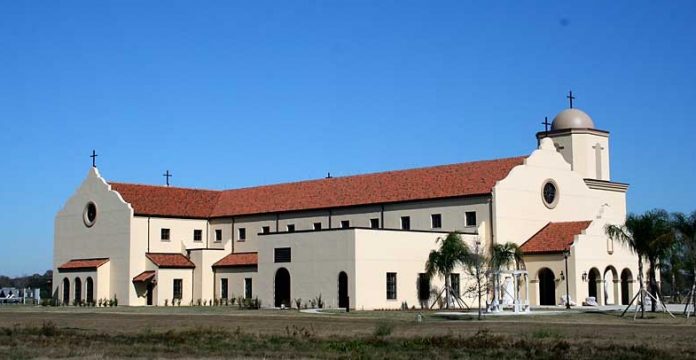 The Speaker of Parliament, Rt. Hon. Prof. Aaron Michael Oquaye, has cautioned against using working hours to go to church in the name of worshiping God for salvation and deliverance.

In the view of the Speaker, such act by the citizenry, is an affront to the laws of the land and the Holy Bible and Quran.

He said the laws of the land mandates the citizenry to work from 8am to 5pm and therefore using such hours to do any other thing apart from working for your employer is not the best of practices.

The Speaker made this observation when commenting on calls by some Members of Parliament (MPs) for the House to pass a legislation that will regulate the activities of one-man churches in the country.

He had upon the pleas of the MPs, referred the matter to the joint Committees on Youth, Sports and Culture and the Constitutional, Legal and Parliamentary Affairs for consideration and report to the plenary.

He also directed the Committees to consult widely and work in cooperation with both the Majority and Minority Leaders of the House.

“This is a very important national issue. We cannot have a constitution and operate outside the parameters of that constitution and in an ostrich fashion pretend as if nothing is going on. If they have to make certain declarations as provided by law; if they have to fulfill certain obligations to society in which they live as provided by law; if they have to file returns as the constitution duly provides; they should ensure that that things have been provided. Among other things, it is in my mind that a committee of this nature must seriously consider our development difficulties on none development notwithstanding any political party but treat it as an issue in this nation of ours and make recommendations. We will want people in the name of religion to use hours of work 8 to 5 not to worship anywhere. The Lord God Himself created the world in six days and rested in a day and we all know the need for a Sabbath whether Muslim or Christian. So, we are expected to work and in fact it will be dishonest that someone employs you and then you will use the hours he pays you to go somewhere else whether it is a church or otherwise to go and worship. There are times to worship – Saturdays, Sundays are there; evenings are there but definitely not working hours otherwise we cannot develop as a people”, he noted.

He added “We live in a state where we all know that these [referring to the pastors running one-man churches] will keep people in camps purportedly to heal them and when they get worse, then they rush them to Korle Bu. The doctors are accountable for their profession yet these people cannot be held responsible for malpractice. …in fact in England and some other places, if you bring in a person of such circumstances, the doctor, nurse or other is mandated by law to report such matter to the Police and action will be taken. This is how a nation develops. So, we may want to think whether we should also have some of these things clearly established so that when people are rushed in suspicious circumstances the law will be applied accordingly.”

Earlier, the MP for Mfantseman constituency, Ekow Hayford, in a statement delivered on the floor of the House, appealed to the state to intervene by clamping down on unregulated one-man churches since they are exploiting the people.

The MP for Ablekuma Central, Ebenezer Nartey, contributing to the statement, said he finds it so disturbing to see these one-man churches flood the airwaves and on national televisions to dupe the people of their hard earned money and other resources and therefore supported the call to regulate them.

“Sometimes when a lady wears a black or white pants, some pastors will call them saying that they are wearing a black or white pant. Sometimes you see an old man or woman of 60 years carrying a bag of cement all in the name of deliverance. Bottled water are being sold in the churches for GH₵2,000 and GH₵ 3,000 in the name of healing meanwhile the same person cannot get the money to go to Korle Bu Teaching hospital for medical care,” he noted stressing that some pastors in the country do not deserve to carry themselves as such.

He said he will not be surprise if one day a pastor storms the Chamber of Parliament to demand money from the MPs under the guise that God has directed him to do that.

“The church is now a business and many of them do not pay tax. What has the one-man churches contributed to the development of the nation apart from setting up radio stations to exploit the vulnerable. We have pastors who are giving lotto numbers. Is that what Jesus Christ directed them to do? These one man churches that are not regulated should be brought down”, he appealed.

The Majority Leader, Hon. Osei Kyei-Mensah-Bonsu, on his part, said the activities of these one-man churches is a conduit of making money and supported the call for them to be regulated.

However, the MP for Ningo-Prampram, Sam George, called on the House to tread with a certain level of caution in dealing with such a delicate matter.

He said the Bible states that in the last days, false prophets will flood the earth and so what is happening is not new.

“There is a difference between a church and a church administration. The House can choose to bring in a legislation that will govern church administration. However, any move to have the state move into the regulation of religion and religious expression, to me may be a step too far. I would want to say that yes it is fine to get passionate about such issue but we don’t tackle such issue with passion because religion like Karl Marx said is the opium of the masses and we must strengthen it and tread cautiously with it. We must place the action on a scale and that should guide the legislation that we pass”, he said.