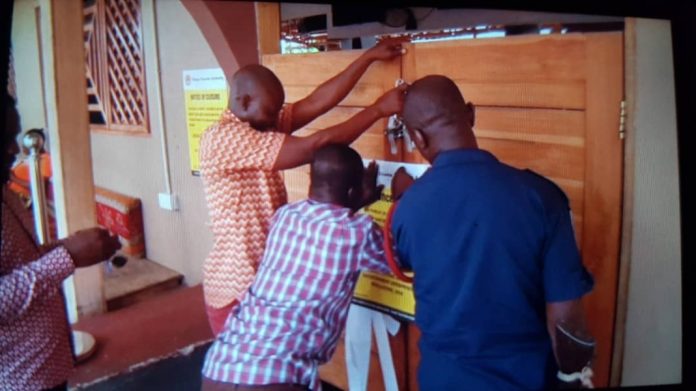 The Ghana Tourism Authority on Tuesday deployed three surveillance teams to shut down hostels, hotels, restaurants, eateries, travel and tour agencies and movie houses among others, operating without proper documents.

The first stop of the compliance team made up of national and regional staff of the Authority together with the police service was the Komfo Anokye Teaching Hospital guesthouse.

The Tourism Authority cited the guesthouse for opening up to the public without the right certifications to operate.

The staff explained that their direct clients were doctors and other medical staff who visited the Komfo Anokye Teaching Hospital although it also extended some services to outsiders.

Not even the pleas from the managers of the facility would however assuage the GTA staff who insisted on closing down the facility until the right thing was done. 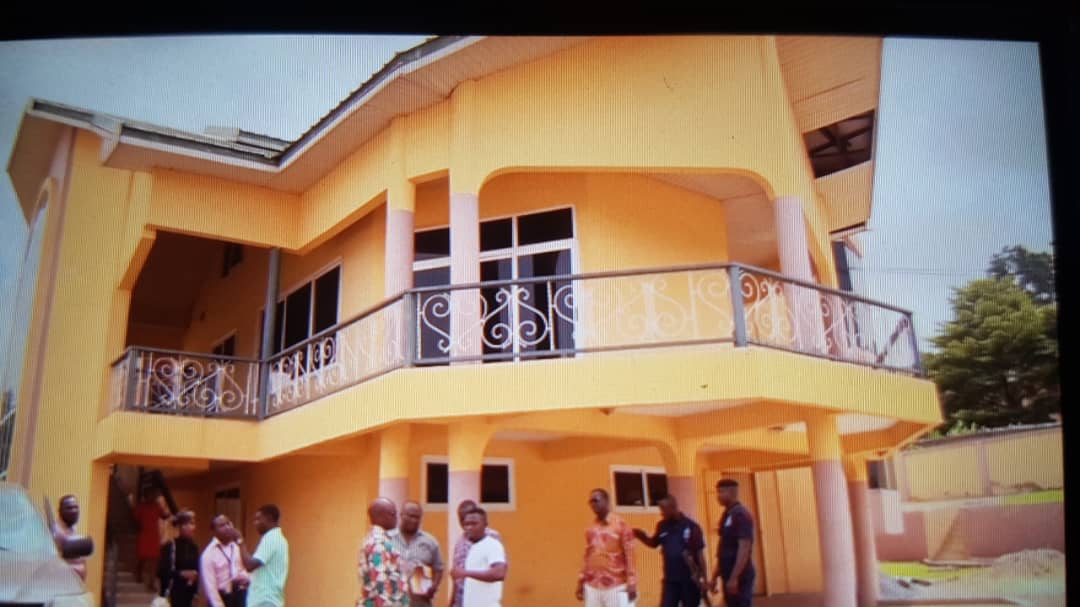 The operation also covered bars and lounges. At a popular joint Ol’ladies Bar and Lounge, all staff were ordered out of the facility at lunchtime when food was almost ready to be served.

Apart from its failure to meet its licensing requirements, the facility was faulted for failing to properly cite their cylinders in safety.

Another issue of concern was the absence of an emergency exit considering the huge patronage it gets during weekend nightclubbing.

The Basement Bar and Lounge at the Kumasi City Mall also suffered a similar fate with its facility locked until regulatory measures were honoured.

Some movie houses like the Kenchil Entertainment and Movie Palace imbedded within residential areas operating without notice received unannounced visits.

The team expressed their dissatisfaction with the kind of facilities, buildings and operations the facility owners were engaged in within those premises.

Speaking exclusively to Ultimate News on the sidelines of the operation, the National Manager – Operations with the Ghana Tourism Authority Michael Kpingbi pointed out that the exercise was not meant to deprive businessmen of their sources of livelihood.

He told reporter Ivan Heathcote – Fumador, that the exercise was only to ensure standards in the hospitality industry.

“We have been mandated by an act of parliament ACT 817 to regulate the tourism industry and to ensure that every operator is provided with an operational license when we are satisfied that you have met standards. That’s why we have hit the ground because there are a lot of recalcitrant operators doing the business in a very clandestine way,” he stated.

Mr Kpimgbi further challenged the public to ensure that facilities they patronise for food or accommodation purposes have proper licensing and certification for their own safety.

He admonished, “If you are a patron of any of such operational units, please look out for our tourism operational licence and it should be written there with all the grades.”

Ashanti regional quality assurance officer of the Ghana Tourism authority Mathew Osei Prempeh noted that the exercise is expected to continue extensively to other areas of the hospitality sector in the Ashanti region even after the national team pulls out.

He gave assurances that his outfit will not kowtow to any inducements to reopen facilities that fail to meet their licensing obligations.

Day one of the exercise also saw other teams move to Tepa and Konongo with more teams expected to follow up in the subsequent days.

Ultimate News also gathered that before the close of day, some of the facilities that had been closed down and given notices to correct their documentations had visited the regional office to commence processes to regularize their businesses.

The Ashanti region is the forth region after Greater Accra, Western and Central Regions, slated for standard and licensing checks by the Ghana Tourism Authority

The three-day exercise is to inspect facilities that have flouted standards, refused to secure the requisite licences or failed to renew same.