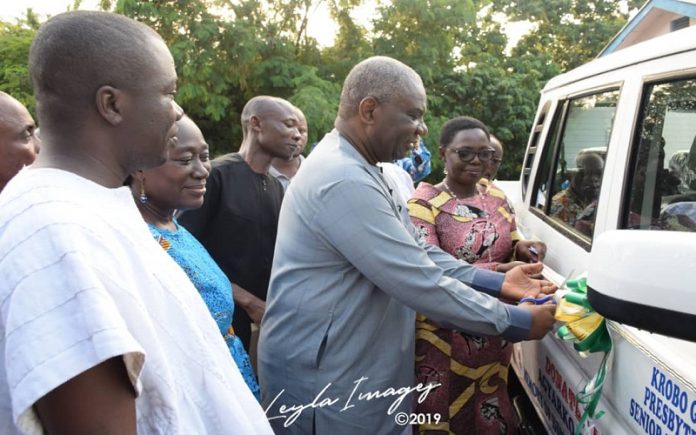 Former Energy Minister Hon. Boakye Agyarko has donated a brand new Mahindra double Cabin 4X4 Pick-up to Krobo Girls SHS in a colourful short ceremony at the forecourt of the School premises on behalf of the Agyarko family.

He also promised the school Choir of his maximum commitment to get them professional training from the Wenneba Youth Choir who were present at the occasion. 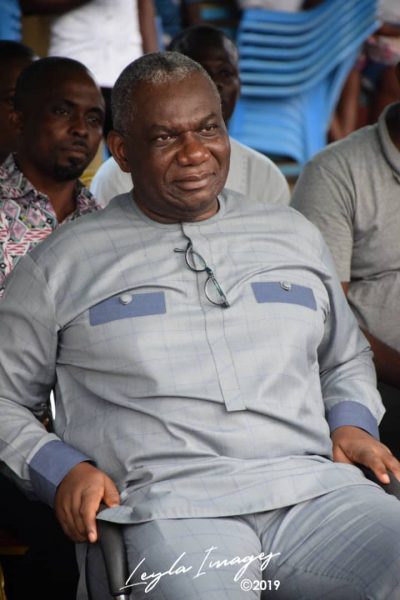 Hon. Boakye Agyarko promised the School during its Speech and Prize Giving day and 92nd Anniversary Celebration observed on the 9th March 2019 of his commitment to donate a brand new Pick-up to the School by the beginning of the next academic year which starts September but had honored his promise today. 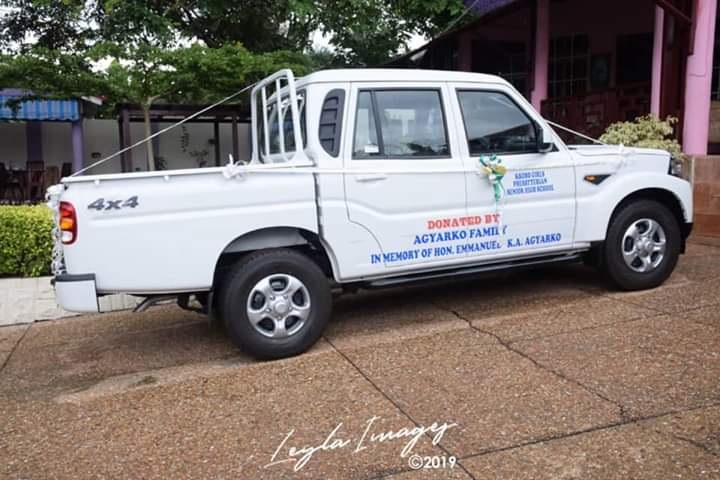 The Eastern Regional Education Director who received the Car on behalf of the School authorities expressed her heartfelt appreciation to Hon. Boakye Agyarko and the entire Agyarko family for continuously supporting the pride Girls school of the Krobo Land area.

Mrs. Betty Aduhene-Chinbuah, Headmistress of the school in her address called Hon. Boakye Agyarko a father for all and a Unique neighbor since his private residence is not far from the school. 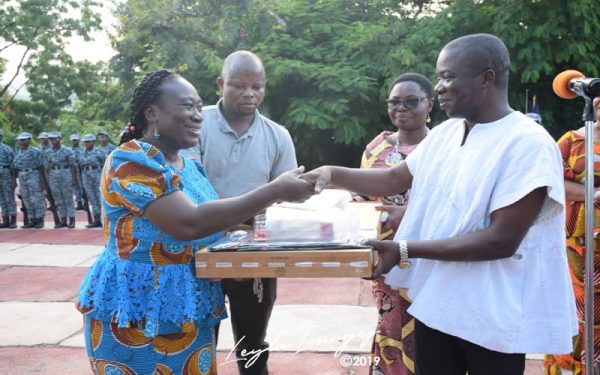 The headmistress used the opportunity to say a big thank you to Hon. Boakye Agyarko for the donation of bags of Sugar and Mathematics Course Books to the school not long ago after he had donated GHC 5,000.00 to the school during the Speech and Prize Giving day. 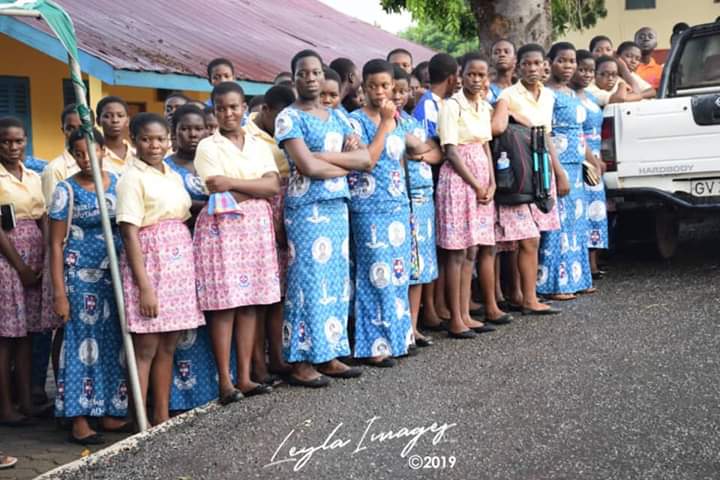 Hon. Simon Kweku Tetteh also used the opportunity to redeem his pledge made to the Krobo Girls SHS Science and Maths Quiz team of donating 2 brand new laptops to facilitate their preparation as he handed over 2 new laptops with some accessories to the headmistress during the short ceremony.

Boakye Agyarko was redeeming a pledge made on the School’s Speech and Prize Giving day and 92nd Anniversary Celebration observed on 9th March, 2019.

The Regional Education Director, Monica Ankrah – who received the Car on behalf of the School’s authorities – expressed her heart felt appreciation to Mr. Boakye Agyarko and the entire Agyarko family for continuously supporting the Girls school of the Krobo Land.