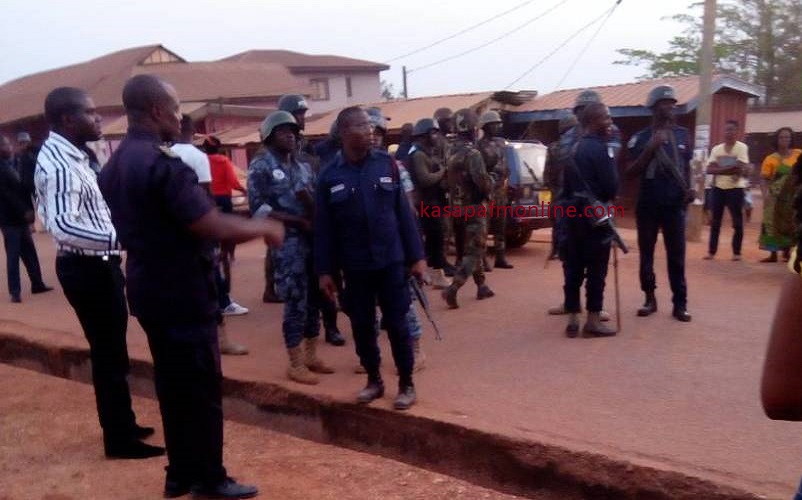 The Central regional Police command is calling for calm in Asikuma as some residents attacked the community’s police station.

The attack follows the death of a suspect who died moments after being taken to the hospital from the police cell Thursday morning.

The suspect Kweku Botwe was among some two persons who were rounded up by the police during a swoop at a popular ghetto in the area.

The police explain that suspect Kwesi Botwe, 40, and two others namely Kwesi Ennin, 33, Abotsi Omar, 18, during their arrest were also found with quantities of dried leaves suspected to be narcotic drugs, a pair of scissors, a bunch of keys, boxes of matches and an amount of Ghc64.00.

The police furthered that the three suspects were then detained and exhibits taken from them only for the deceased to complain of dizziness which the police responded quickly by taking him to the hospital where he died later.

The youth who later heard of the death of the deceased stormed the Asikuma police station to demand the release of the two other suspects.

The police add that the residents in the process pelted the officers with stones and even destroyed the glass window of the said police station.

It took enforcement from the regional headquarters, Mankessim and Ajumako to ward off the attack by the residents.

The regional police command is, therefore, calling for calm in the town as an autopsy has been ordered to be carried to ascertain the cause of death of Kweku Botwe.