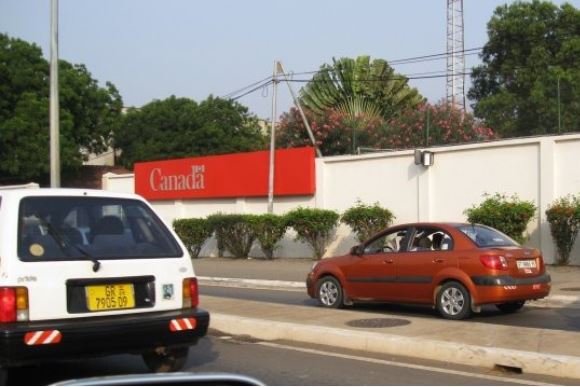 The Canadian government has cautioned its nationals of potential crimes in Ghana.

This comes in the wake of the surge in crimes including the kidnapping of two Canadians in Kumasi, the capital of the Ashanti Region.An alert on the website of Canada’s official travel information portal said: “Violent crimes, including armed robbery and kidnapping, may occur. Be aware of your surroundings and avoid walking alone or displaying signs of wealth. Ensure that windows and doors in your residence are secured.” 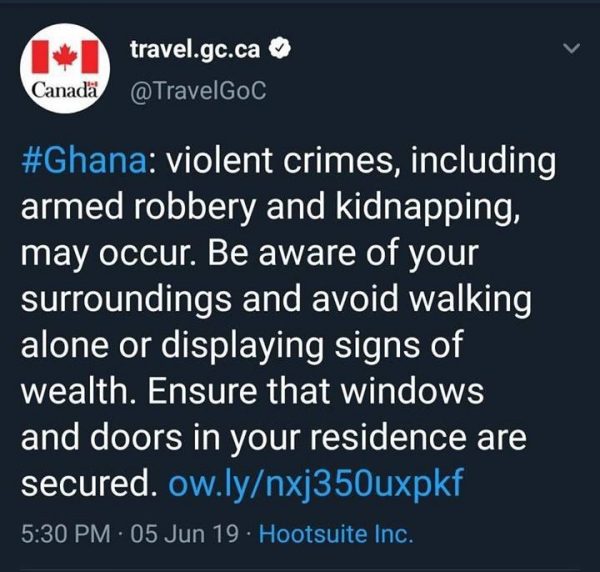 The Ashanti Regional Police Command has confirmed the abduction of two Canadians, aged, 19 and 20 in Ahodwo in Kumasi, the Ashanti regional capital.

Kasapafmonline.com on Wednesday reported the kidnap of the two foreigners by the yet to be identified assailants in Kumasi.

The criminals are said to have stopped and pushed the two into a car at gunpoint at about 8:30 P.M. at Silver Spring avenue, around Vienna City, a popular pub in Kumasi.

One of the victims named Lauren is in the country with her compatriot on an exchange programme with the Entrepreneurship Department of the Kumasi Technical University (KsTU).

According to Police, it commenced investigations to track and rescue the ladies immediately they received the information.